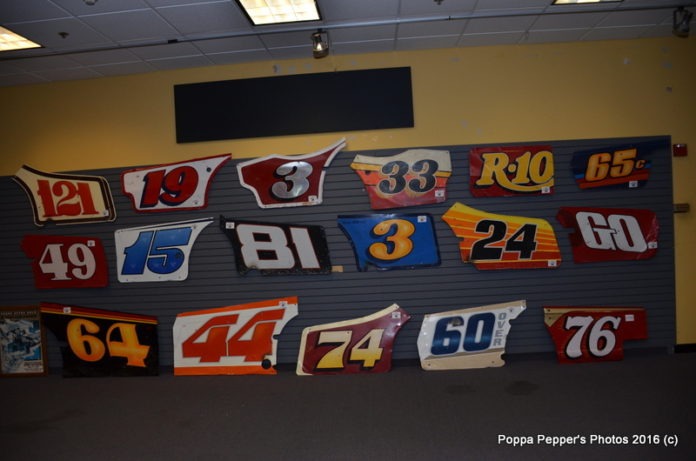 The hard work and details continue to fall into place as the tenth edition of the successful Quaker Steak and Lube Dirt Track Heroes show staff prepares to kick off its week long run at the Phillipsburg Mall. The show will encompass the majority of the local short track scene and will run from March 5th through Saturday, March 11th. The Phillipsburg Mall is located on Route 22 East in Phillipsburg, New Jersey and the show is FREE of charge to the public.

The Quaker Steak and Lube Dirt Track Heroes Show is honored to bestow the Grand Marshal of the event moniker onto one of the great legends in dirt track racing, Sammy Beavers. Sammy came out of the Sportsman ranks at Flemington and and went on to distinguish himself at just about every speedway wherever he competed. In 1963 Sammy captured the very first Modified victory at the opening of the Carl Van Horn promoted Harmony Speedway. Two months later Sammy claimed his first Modified win at the Flemington Speedway and with that forging a legacy that carried Sammy to a total of 49 dirt track wins at the famed Flemington Square.

Sammy’s work with the Matheny School shows the strong character of the man. As a boy Sammy was taken to field trip to Matheny with his class and later in life put countless hours into a program that would raise hundreds of thousands of dollars for the school.

Chrin’s Automotive is the latest sponsor to climb on board for the Dirt Track Heroes Show. Since 1982, Chrin’s has provided top quality service in both the automotive and collision departments. Trustworthy and competent, solid business work ethic, reasonable rates, and integrity are some of the terms the loyal customer base at Chrin’s has used in describing their business relationship with the work force at Chrin’s. Batteries, brakes, Goodyear Tires, alignments, complete auto and collision service for domestic and foreign cars sums up a great experience when you take your car to Chrin’s. Contact them at: 610-253-2743 and make an appointment today. Business hours are 9 to 5 Monday through Friday. Chrin’s is located at 818 South 25th Street in Easton, PA. The website is: www.rentawreck.com

Nightly driver interviews and race cars of all types provides the race fan a full appetite of racing fun before the regular racing seasons begins. The Phillipsburg Mall, located on Route 22 East in Phillipsburg, NJ, has proven to be a popular setting for this special event and offers a multitude of race cars, racing memorabilia, collectibles and photos on display throughout the course of the show.

The great fan base of racing can come out to this grand Mall event and be transported back to a time when they could hop into their family jitney and travel less than a half hour to witness the excitement of a night at the races. All historical racing groups including Tri State, Flemington, Harmony through Greg Collins, Remembering Nazareth, Bob Snyder Photos and Snyder Video, Mike Ritter Photos, Big Mike’s Videos and Mocatek Memories through Justin Beltrame have their memorabilia on display and their many scrapbooks open for the fans to take another long look at the glory years of racing and possibly find a picture or two they want to purchase as a keepsake from past glory or racing exploits. More information is available regarding the show by calling: 443-513-4456 or at: tothill98@aol.com You may also contact Steve Pados at” 484-784-7756 or: steveswp@ptd.net

The Quaker Steak and Lube Dirt Track Heroes Car Show has a must have event T-shirt done exclusively for the show. The great keepsake event souvenir program book has many great articles regarding our racing heroes and how the Dirt Track Heroes became a reality. The Phillipsburg Mall is open Sunday 11 AM to 6 PM and from Monday through Saturday from 10 AM to 9 PM. The event offers race teams a great opportunity to promote their sponsors and announce their racing plans for the upcoming 2016 racing season.