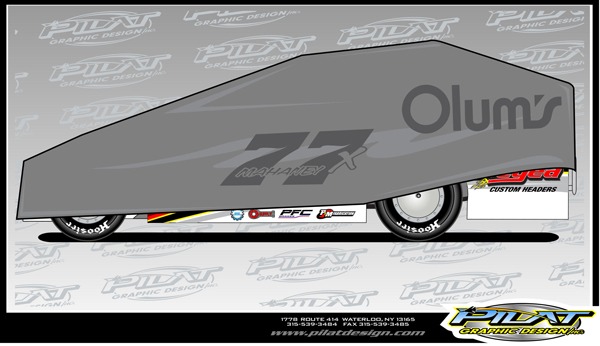 KING FERRY, NY – Changes are coming in 2017 for Mike Mahaney and the Jim Shear and Cheryl Brady owned No. 77x Troyer car. The team has been based in the Southern Tier for the last several seasons, but in 2017 that will come to an end as they will head north up Interstate 81 to compete weekly in Central New York.

The team plans to enter weekly competition at the Brewerton Speedway on Friday nights. Mahaney is chasing an elusive first win in the Modified at the ‘D-Shaped Dirt Demon.’ He did nab a Sprint Car win in 2016 as part of CNY Speedweek for the Empire Super Sprints. Mahaney, a former regular at the speedway, is ready to compete against some of the toughest names in dirt racing each Friday. Since he’s been gone, Mahaney’s had a plethora of experiences which should help him compete against the biggest stars at the track.

“The guys are really good at Brewerton,” commented Mahaney. “I’m really excited to go there with this team. We’ve had a ton of success in the Southern Tier and I think we’ll be able to bring that success to Brewerton. This should be a really good fit and I look forward to getting season started.”

Making the change possible for Mahaney are several great sponsors including:

For a detailed schedule of his plans for the 2017 season fans can visit www.mikemahaneyracing.com. Fans can find where and when he’ll be racing on the schedule page. They can also find information about results as well as team merchandise.

Be sure to follow along with Mike Mahaney Racing on social media at: