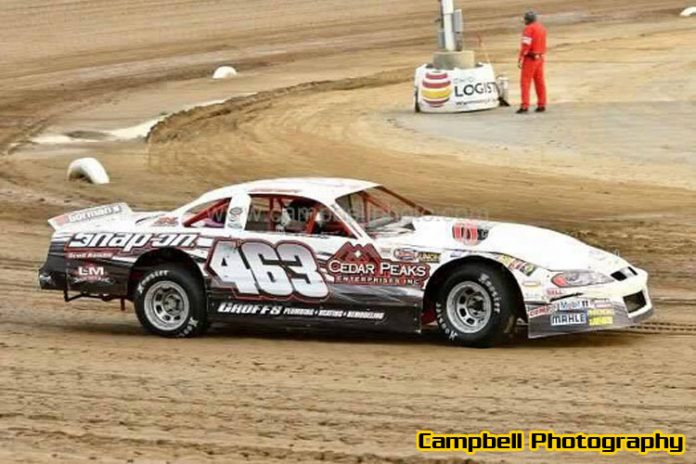 Lebanon Valley Pro Stock Driver Daniel Sanchez has been behind the wheel of his familiar 463, but the scenery for the young driver out of West Sand Lake, NY is far from the familiar confines of The High Banks of Lebanon Valley Speedway.

Daniel is currently a student at The University of Northwestern Ohio (UNOH) where he studies High Performance Motorsports, as well as being a member of The Racer Leader Program.

Most college students pack a few reminders from home when they head off to college; Daniel took his race car with him.

Daniel has already raced at tracks such as Limaland Motorsports Park, Hilltop Speedway, and the famous Eldora Speedway where Daniel ran great.


“Racing in Ohio has been exciting, and a pretty big learning curve. We have a lot of great racers out here, so the competition has been great. “

Daniel will continue to run Limaland on a weekly basis and Eldora when they race. As soon as weekends open up for him, Daniel and his 463 will be travelling to race in Michigan, Indiana, Kentucky, and other parts of Ohio.

The Freedom 50 at Mansfield Speedway has recently added a $2,000 to win stock car race which he plans to race.

Daniel feels that he has already learned a lot in short time while racing in the Mid West.

“The entire experience has helped me become a more aggressive, but patient driver. I feel that every time the 463 hits the track I have learned a lot, my family, sponsors, and crew are some of the best people around I couldn’t do this if it was not for them.”