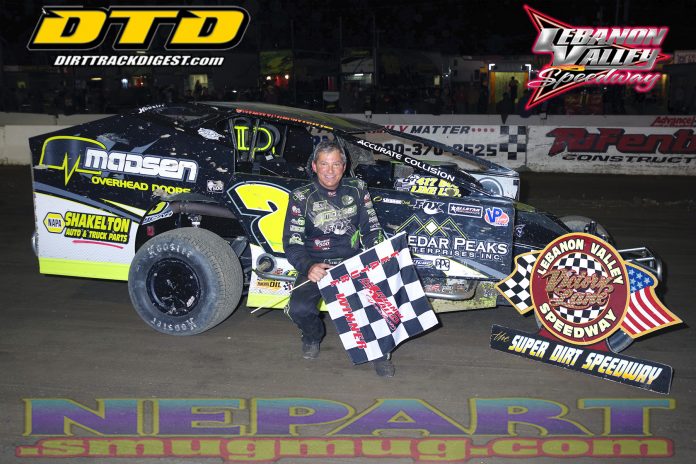 Hearn is the all-time winner at Malta, New York’s Albany-Saratoga Speedway (129 victories) and in both Modified divisions at Orange County Fair Speedway (Middletown, New York), where his record of 301 feature race wins will never be topped. On the Super DIRTcar Modified Series circuit, the premier traveling dirt track Modified series, Hearn is the all-time winner, with 120 victories. His records include wins at 49 different tracks in 10 states and two Canadian provinces. Along with the victories, Hearn his earned 90 track and series point championships.