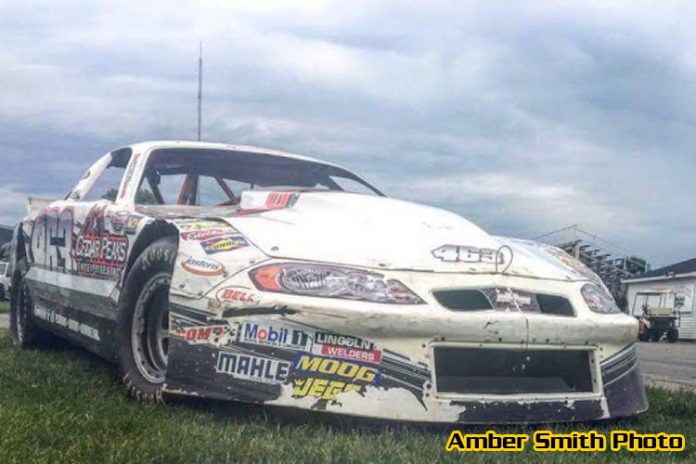 Last week, Daniel Sanchez had his storage unit broken into; His car was smashed, and his tools stolen. As a young kid, away at college, many would have expected him to sit out the next racing weekend. Instead, Sanchez did what he does best, race.

Sanchez hit the track at Limaland Motorsports Park ready to show everyone what his small team is made of. He started on the pole of his heat race and the car hooked up on the outside. The #463 looked great, and Sanchez grabbed the checkers in his heat, after an early incident saw another car flip in turn 1.

Sanchez started on the front row for the feature and lead the first few laps. The Snap on Tolls #463 dropped back a few places. Unfortunately, the feature was rain shortened, leaving Sanchez with a 6th place finish.

“Friday night at Limaland was the best the car has been all year and it’s very exciting to be on the right track. I have learned so much already this year and plan to get a lot more seat time.”

Sunday the team traveled to Eldora Speedway. Sanchez finished 3rd in his heat race. Unfortunately, Electrical issues with the distributor lead the 463 to a DNF. However, the car is already fixed and the team is looking forward to this weekend.

Speaking about the break in, Sanchez said, “the Lima Authorities are doing a great job and I really appreciate all their hard work.” Sanchez clearly prefers to focus on the positive.
“Thank you to Team Blue Cord and everyone who helped out, especially my sponsors. It means more to us than you will ever know. Also, a shout out to Larry Perez, Chad Jeseo, Tony Anderson and Kalvinator Engines!”