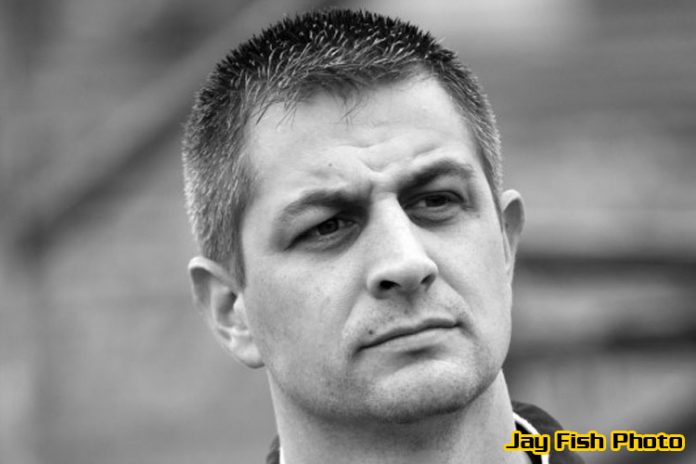 The 26th annual induction program honoring the Class of 2017 will take place Monday, July 10 at 7 pm in the Hall of Fame and Museum, on the Weedsport Speedway campus in New York. The event is free and open to the public, with both pre- and post-program celebrations planned.

The legendary “Barefoot” Bob McCreadie — a Hall of Fame inductee in 2006 and one of the most beloved drivers to ever race the DIRT circuit — will do the honors for his friend Alan Johnson. Although McCreadie and Johnson were fierce competitors on the track, they had nothing but respect and admiration for each other once the wheels stopped turning. Both are considered innovative mechanics; neither was ever afraid to try a new radical setup — even at a treacherous track like Syracuse, where they each have won “the big one.”

“While I have to struggle like hell to learn anything, Alan works strictly off his instincts. He’s a natural,” Bob acknowledged, back when the pair were practically unbeatable in the ’80s. “I watch him every week, and I’m in awe of him.”

McCreadie will take the mic, to share remarks and road stories, when he introduces Johnson prior to his induction into the Hall of Fame.


Each one of this year’s guest speakers has a very personal connection to an honoree.

If any driver could be considered a future Hall of Famer, it’s Matt Sheppard, whose stats assure he’ll be a shoe-in once he reaches eligible age for induction. But Sheppard will be the first to tell you that he owes a lot to 2017 HoF driver Steve Paine, the fellow Waterloo, NY, racer who gave him his start in a Sportsman car and generously shared his insights on setups and success. Matt will pay homage to his mentor in opening comments.

Fond memories of the late pioneer driver Freddy Adam will be recalled by Geoff Yoder, a former Pennsy car owner, vintage racer and AARN columnist who revered “The Kutztown Komet” as a kid, and later had the thrill of Adam actually driving his Modified at the Reading Fairgrounds.

The great Budd Olsen was among the first class of Hall of Fame drivers, back in 1992. His son, Doug, will recount his long relationship with this year’s HoF car owner Randy Ross, who recorded the majority of his wins — including three Super DIRT Week victories — in Olsen-built cars.

One of the most prolific and versatile drivers of the modern era, 2016 HoF inductee Billy Pauch knows a good thing when he sees it. That’s why he was onboard from the get-go, when Rich Tobias Jr. debuted his USAC SpeedSTR and wildly successful Wednesday night program at Kutztown, PA’s Action Track USA. Pauch, the reigning Action Track SpeedSTR champ, will supply the backstory as Tobias receives the 2017 Mechanic/Engineering Award.

Longtime DIRTcar official Gaston Salvas was on the road with Pat Ciolfi for 14 years, with Salvas serving as competition director and Ciolfi as chief technical inspector on DIRTcar’s 358 Modified circuit. Pat’s personal and professional friendship with Gaston will color his introductory comments as Salvas is honored with the Leonard J. Sammons Jr. Award for Outstanding Contributions to Auto Racing.

Area Auto Racing News publisher and journalist Lenny H. Sammons will be making the paper’s Monday deadline down in New Jersey, so he will be presented with the Andrew S. Fusco Award for Media Excellence during the next night’s Hall of Fame 100 SDS race. Sammons gave award-winning writer Buffy Swanson her first byline back in 1979, and she will say a few words about his dedication during the formal ceremonies.

RUSH series announcer Brian Spaid, also a former TV reporter, PR director and racing correspondent, has been working with Vicki Emig since 2012. He’ll share his behind-the-scenes observations of this dynamic promoter, as she is recognized as the Hall of Fame’s 2017 Outstanding Woman in Racing.

The 7 pm induction ceremonies will be preceded by a “Happy Hour” from 5-6:45 pm, under a tent just outside the Museum. Event MC Shane Andrews will get the night started with “fly-by” interviews of notable guests. Videos of past HoF and racing events will add to the atmosphere. Food, beer and wine will be available for purchase.

At the conclusion of the ceremonies, the party will move to the beautiful Weedsport Speedway pavilion, where honorees and attendees can continue to eat, drink, socialize and enjoy video presentations.

The following evening, July 11, Weedsport Speedway will present its Super DIRTcar Series Hall of Fame 100 for the big-block Modifieds.

For the second year, a special Hall of Fame commemorative program has been produced, featuring the history of the Hall of Fame and Museum, a complete list of all HoF drivers and award winners in the past 26 years, a rundown of past HoF race winners, as well as stories and photos of all 2017 honorees. All profits from sale of the $5.00 program book benefit the Museum.