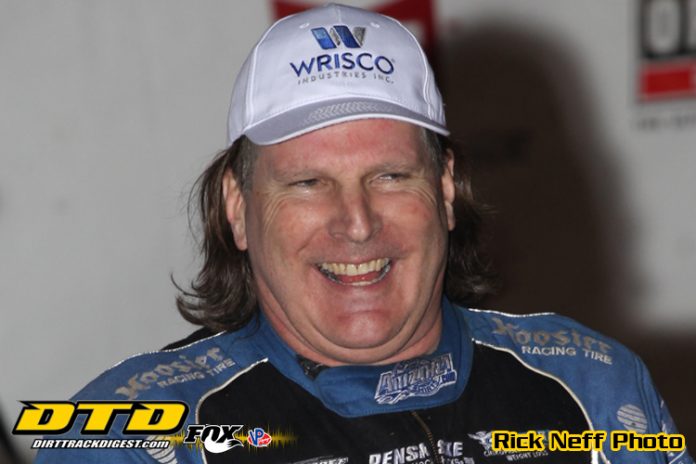 “I look for fuels to make good power, of course, but first and foremost they have to be consistent,” said Bloomquist. “There are so many variables to be managed in a racing program like ours – fuel is one that we don’t want to have to worry about. Octane for octane, VP has always made the most power among all the fuels on the market but it also offers me peace of mind — knowing we can count on its consistent quality from drum to drum, race to race.”

“We’re excited to welcome Scott Bloomquist to Team VP,” said Mark Ticen, Senior Director of Sales – Race Fuel. “It’s a real tribute to the quality of VP’s products to have a racer of Scott’s stature put his confidence in us. We look forward to working with Scott and sharing the Winner’s Circle with him for years to come.”

About VP Racing Fuels
VP Racing Fuels is best known as the World Leader in Race Fuel Technology™, fueling champions in virtually every form of motorsport on land, sea and air since 1975. VP is the Official Racing Fuel of the WeatherTech SportsCar Championship, AMA Supercross, NMRA, NMCA, World of Outlaws Sprint Cars and Late Models, Pirelli World Challenge, PDRA and Rally America, among more than 60 VP-sponsored series and sanctioning bodies.