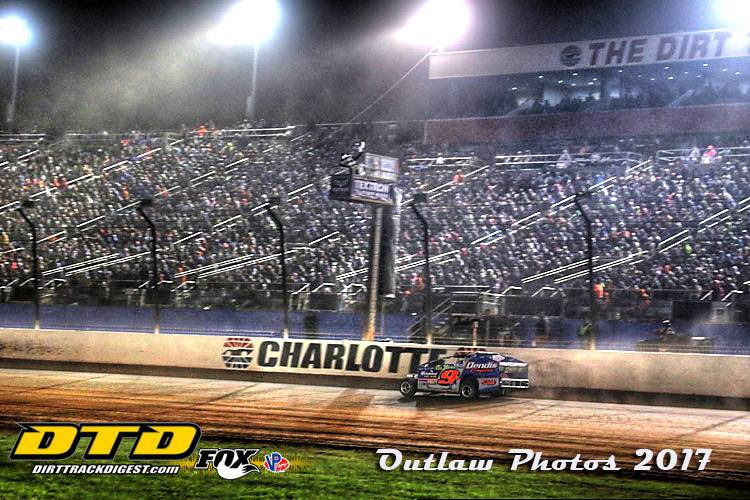 The most prestigious dirt racing event in the country was held last weekend at The Dirt Track at Charlotte Motor Speedway for the Textron Off Road World Finals.

It was a huge three-day event that brought fans and drivers from across the world to witness several Bicknell drivers make history.

In front of a packed grandstands, Thursday evening saw the Big Block Modifieds hit the track to qualify for both their Friday and Saturday events.

Mike Mahaney had a night to remember by sweeping both qualifying sessions and picking up two heat race victories. Mahaney’s success was just the start of the three-day weekend.


Bicknell went on to set the bar even higher by sweeping all six Big Block Modified heat races.

Friday nights 40-lap event saw the underdog take on the Super DIRTcar Series Champ, Matt Sheppard. At the end it was Mat Williamson who did the rooftop dance.

Nine out of the top ten finishers in Friday nights portion were Bicknell cars.

During the final night of competition, Sheppard capped off one of the greatest comebacks in Super DIRTcar history. After a suspension halfway through the season, very few thought Sheppard could make a comeback. In true champion fashion, Sheppard made his 12th visit to victory lane with the series Saturday night and secured his third straight and sixth overall Super DIRTcar Series Championship.

Ten out of the top 11 finishers in Saturday nights 40-lap feature were Bicknell cars.

Everyone at Bicknell Racing products would like to give a huge congratulations to all of their drivers on a successful World Finals.