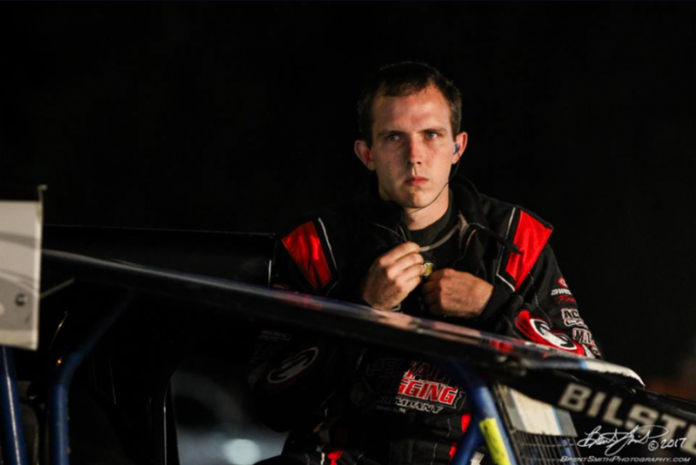 “We set out to win the championship this year as one of our main goals and we were able to accomplish that this year after losing it by one point in 2016,” Pauch Jr. said.

Along with clinching the points title in the Rick Holsten’s No.96 Small Block Modified, Pauch Jr. was able to collect five wins at his Saturday night home track; one of which being the annual Jersey Rush.

“The year at New Egypt started out strong with four wins by mid July,” added Pauch Jr. “We kept our consistency all year and were able to finish strong.”


Not only did Pauch Jr. grab his first ever New Egypt Speedway track championship but he also visited victory lane 12 times, produced 45 top fives and 63 top tens out of 86 starts this season.

Pauch Jr. once again raced Wednesday nights at Action Track USA, but this year with new car owners in both the SpeedSTR and 600 Micro Sprint.

“It was a year where we won all of the big races,” he said. “We won two Dick Tobias Classics in the SpeedSTR and finished second in points for our first year driving for Mike Heffner in the No.27.”

Pauch Jr. closed out the season with two wins and a second-place finish in the Micro Sprint points behind the wheel of the No.X owned by Adam Huff at the progressive banked dirt track.

Pauch Jr. also chased a variety of special shows and tackled a full season aboard the Danny’s Pizza Pizzazz No.51. An early season victory at Georgetown Speedway was added to Pauch’s career highlights as his first ever win in the state of Delaware, as well as a first win for Team 51 Racing.

“We kind of assembled a whole new team this year,” he said. “We were able to accomplish one win at Georgetown and ended up ninth in the Southern Portion of Short Track Super Series points.”

Pauch Jr. also spent a majority of his Friday nights taking the drive to Big Diamond Speedway in Minersville, PA with his personally owned No.15 Small Block Modified.

“We didn’t set out to run weekly at Diamond however with a large amount of rainouts in 2017 we ended up completing the season and ending up 4th in points. Along the way we were able to accomplish one big win there.”

Pauch Jr. picked up one of Big Diamond’s biggest races in August by winning the Prelude to the Coalcracker.

The versatile driver out of Milford, NJ will kick off his 2018 season in Tulsa, Oklahoma for the Chili Bowl Nationals Jan. 9-13th driving an Alex Bright Racing No.77 midget sponsored by Degre Engineering and Wyckoff Roofing.

All Pauch Jr. racing apparel will be available for sale at their racecar trailer during events they compete in.