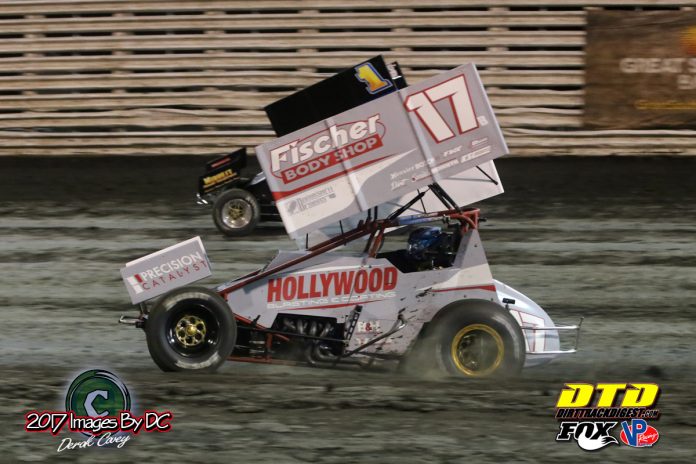 Baughman will compete in approximately two dozen sprint car races while shifting his focus to his family and business.

“My kids are growing and are at an age where I want to be able to attend their school and sporting events as well as spend more time at home as a family,” he said. “Also, my business is taking off and it’s important that I’m prioritizing that so for those two reasons I’m going to scale back the number of races I run.”

While Baughman said he will compete in a mixture of 410ci and 360ci winged sprint car events when his schedule allows, he will still have a presence on a weekly basis. Baughman has teamed up with 2015 Lucas Oil ASCS National Tour champion Aaron Reutzel to form Baughman-Reutzel Motorsports.

Reutzel will pilot the No. 87 in approximately 80-to-90 races, including tackling the Arctic Cat All Star Circuit of Champions tour and participating in select World of Outlaws Craftsman Sprint Car Series events.


“My dad (Mike) and I want to still be really involved in racing so we’re excited to team up with Aaron, who will focus on 410 racing next season,” Baughman said. “I have full confidence he will be able to compete for the All Stars championship and win some races.”

“We also want to announce Folkens Brothers Trucking will be a big part of our team so we’re thrilled about that,” Reutzel said. “I’m beyond excited for next season. Josh and Mike have become great friends of mine and I’m really looking forward to continuing our partnership.”

More information about the team, its partners and the plan for 2018 will be released in the near future.

Baughman will have t-shirts and hoodies available for sale at his apparel trailer throughout the season.

Hollywood Blasting & Coating, which is based in Midland, Texas, is renowned as the most affordable and reliable show in town for their industrial coatings, industrial painting and oilfield sandblasting. For more information, visit http://www.HollywoodCoating.com .

“I want to thank the employees at Hollywood Blasting & Coating for their support of our race team,” Baughman said.