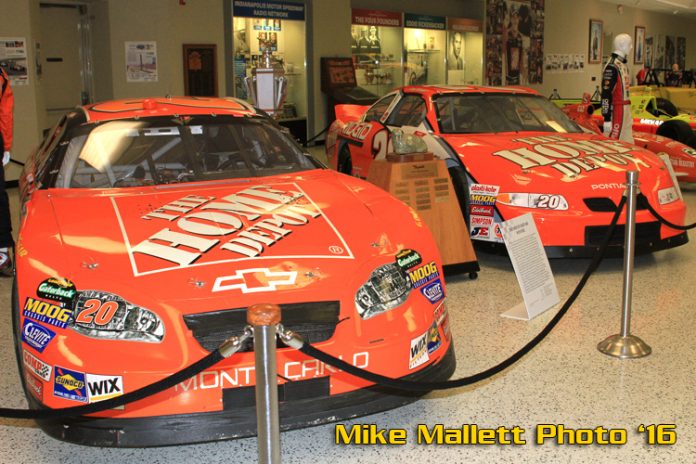 Both cars will be on display during the entire three days of the show while Stewart will be making an appearance on Saturday. He will be interviewed, chat with fans and sign autographs during his show visit that will run from noon until 2 PM.

Another car on display that is sure to catch the attention of the crowd is the NAPA Auto Parts Hendrick Motorsports No. 9 Chevrolet Camaro that will be driven by rising star Chase Elliott during the 2018 NASCAR Monster Energy Cup Series season.

More than 300 racing vehicles representing all forms of motorsports will be displayed throughout the 250,000 square feet of show space.


Many speedways and sanctioning organizations will be part of the 33rd annual show along with a variety of businesses that offer just about everything imaginable in auto racing.

Many local and regional racing talents will be on hand.

Attendees will be able to participate in a number of free seminars, attend a variety of events including the Oliver Construction Ms. Motorsports Pageant, the Pine Brook Speedway Reunion, presentation of Area Auto Racing News Top Winner Awards and so much more.

For additional information check in at www.motorsportstradeshow.com.