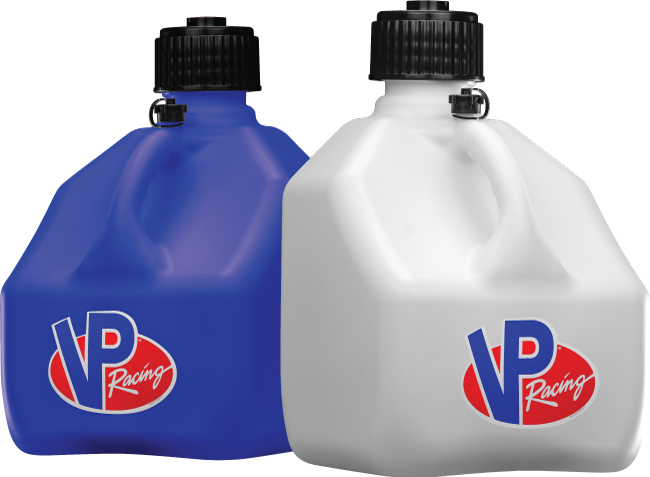 SAN ANTONIO, TX – VP Racing Fuels has launched its new 3 Gallon Motorsportsman™ Container which is available immediately through the VP distribution network and at VPRacingFuels.com. This handy sized container is excellent for storage and transport of water, automotive fluids, agricultural products, rock salt, as well as petroleum absorbents. In addition, they are great for mixing animal attractants as well as herbicides, insecticides and much more!

VP’s 3 Gallon Motorsportsman™ Containers are made with only the highest quality virgin high-density polyethylene, including 30% more material than standard containers to withstand the roughest treatment. The containers are subjected to a 15-point quality test and carry a 3-year limited warranty against cracks, leaks or splitting. They feature an ergonomically contoured handle, bottom grip for easy pouring and a non-breakable multipurpose cap with rubber gaskets. Hose not included.

NOTE: The 3 Gallon Motorsportsman™ Container is intended only for use as a rapid refueling device for racing vehicles used in professional off road and closed course competition racing events. It is NOT a portable fuel container as described by ASTM, EPA, ARB or other state or federal agencies. Intended for racing fuel only; not to be used for street legal fuels.