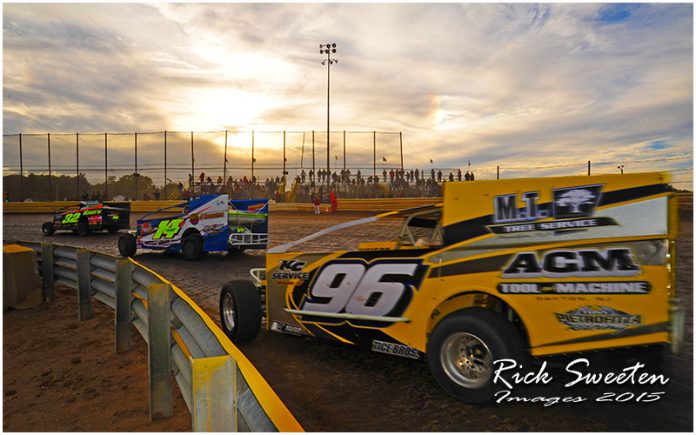 After a bitterly cold off-season, the Pauch Racing team is eager for the 2018 season to get underway.

Billy Pauch Sr. will be kicking off the season early by making the trek to Volusia Speedway Park for the DIRTcar Nationals Feb. 13-17th in his K&A Excavating No.1 Big Block Modified.

“I look forward to Florida every year,” Pauch Sr. said. “As long as the weather is nice it’s a lot of fun. It’s still a lot of work but I’d rather be working in the warm than up here in the cold.”

Despite the cold northeast weather Pauch Sr. is looking to escape, he’s even more excited to announce the newest member to the team, Phil Cox, who will be Pauch’s crew chief.


“I think we have a good combination to go down there with,” he said. “Now that I have Phil with me, I feel like I have someone capable of doing the job; not only as a driver but as a fabricator as well. I always said that I wanted to have a person like me to be able to work with – I feel like I have that with Phil. He’s been around racing all his life, he has wins and championships under him. I think it’ll be a really good combination.”

Pauch Sr. feels having his new crew chief will take a lot more pressure off of him and will allow him to concentrate more on his driving again.

“That’s where I was lacking the last few years,” explained Pauch Sr. “I’ll finally have someone to be able to bounce ideas off of rather than doing it by myself. Florida will be a great start for us. I’ll have my main guys down there with me – Phil Cox, Chris Kraemer, Doug Lipari and Jimmy Martin.”

Pauch’s season will look similar to his 2017 season where he will run the full Southern Tier Short Track Super Series as well as other select shows.

“My plan is to try and run the bigger paying time trial shows,” he said. “Maybe we’ll even do some northern shows whether it be Super DIRTcar or the Super Series.”

Pauch Jr. plans to defend his track title at New Egypt Speedway with the Holsten Motorsports No.96 on Saturday nights. He will run select shows at Big Diamond Speedway in his Kid Racing No.15 and will once again chase the Southern Tier Short Track Super Series with Team 51 Racing as well as other select shows.

The 2015 SpeedSTR Champion will be back at Action Track USA on Wednesday nights with the Heffner Racing No.27 SpeedSTR and will be returning to the LHS Engines No.91s micro sprint.

“I’m looking forward to getting back with Lamar to continue our relationship. We’ve raced together for four years already,” noted Pauch Jr. “We would like to thank Adam Huff for the amazing opportunity in 2017. Adam and Dan Fleming were awesome to work with and we thank them for their hard work.”

Pauch Jr. and his team have been working vigorously in the race shop all winter preparing for the season ahead. “2018 is going to be a busy one, but we’ve worked all winter looking at spots where we could improve our program,” he said. “We feel that we’ve been able to improve those weaknesses. After a successful Chili Bowl we’re really looking forward to getting started.”

Both Pauch Sr. and Jr. would like to welcome back their continued sponsors and welcome aboard the new ones for the 2018 season.