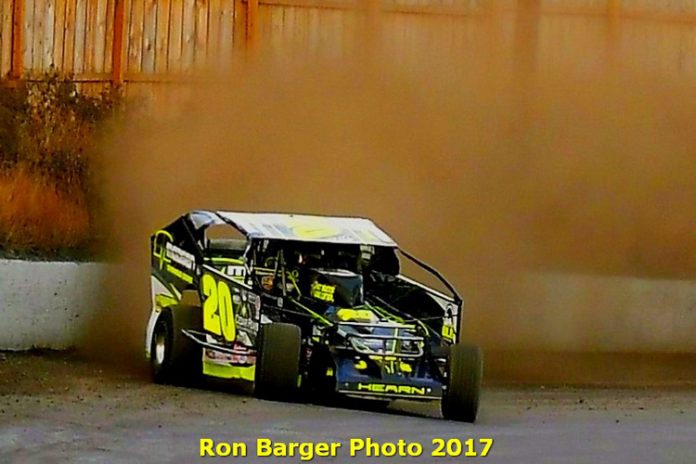 SUSSEX, NJ – With 903 career victories (898 feature races and 5 All-Star events) and 91 track and series point titles on his racing résumé, dirt track Modified champion Brett Hearn is gearing up for the 2018 Northeast racing season, his 44th year of competition. As he prepares for the upcoming Northeast “racing wars,” Hearn says he’s out to win more races and more championships. “Our goal every year is to be prepared to win every race we enter,” says Hearn from his Sussex, New Jersey race car shop.

“There is no magic formula for winning races and championships, other than hard work and dedication,” says Hearn. “We strive to be among the top cars every week, and when we do have an off night—a wreck or mechanical failure—we work even harder the next week to overcome it.”

The highlight of Hearn’s 2017 season was winning his 900th career race, with the victory coming on August 4 at Albany-Saratoga Speedway. He also captured the Mr. Dirt Track USA 100 at Lebanon Valley Speedway and the Orange County Fair Speedway Eastern States 200, both for the 12th time. With “12” the magic number, Hearn also won his 12th season-long Lebanon Valley Speedway Modified division point championship.

In 2018, Hearn looks to bolster his victory and championships total. He’ll race weekly at two tracks in New York’s Capital District. A seven-time champion at Albany-Saratoga Speedway, Hearn will return to the Malta, New York raceway on Friday evenings. On Saturday evenings, Hearn will race at Lebanon Valley Speedway where he owns 14 championships in two divisions. “We really enjoy racing at these two speedways,” says Hearn. “The fans are great, the competition is tough; it’s a challenge every week. But meeting challenges is what our Madsen Motorsports team is all about.”

In addition to weekly competition, Hearn will race throughout the Northeast and neighboring Canada, following the Super DIRTcar Series for Modifieds (SDS) and selected other DIRTcar and independent race meets. The Northeast racing season extends from April into November.