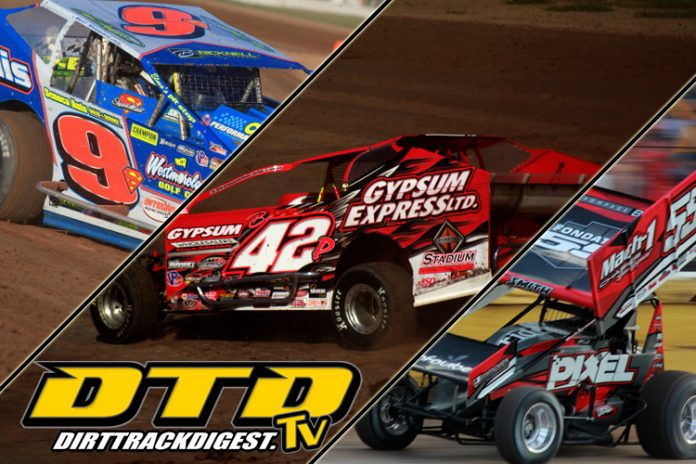 BREWERTON, NY – The 2017 racing season marked the first ever endeavor by Dirt Track Digest to live stream racing events from throughout the Northeast. DirtTrackDigest.tv was launched in the spring in partnership with Thomas Racing Videos in conjunction with the Utica-Rome Speedway.

The result was an overwhelming success. The weekly action at Utica-Rome was featured as were events from the Fonda Speedway and Weedsport Speedway.

With the successes of 2017 in the books, DirtTrackDigest.tv is expanding to even more venues for the 2018 season. Plans again call for the action at the Utica-Rome Speedway to be featured each and every Sunday night beginning on April 29th with the season opener. Additionally, the weekly racing from the Land of Legends Raceway (formally Canandaigua Motorsports Park) will be broadcast with the first show scheduled for April 28. They’ll be joined by a handful of events from the Weedsport Speedway as well.

With addition of Land of Legends and the Empire Super Sprints plus current and ongoing negotiations for other high-profile events in the Northeast, DirtTrackDigest.tv has plans to livestream nearly 80 events over the course of the 2018 season.


Fans can watch any of the DirtTrackDigest.tv pay-per-view events on their smartphone, tablet, laptop or smart televisions. New for 2018 is the addition an app than can be downloaded allowing purchasers to watch the action on their Roku device.

A full list of schedule pay-per-view events will be posted on DirtTrackDigest.com in the coming days. To purchase any of the action fans can visit www.dirttrackdigest.tv for pricing and purchase.