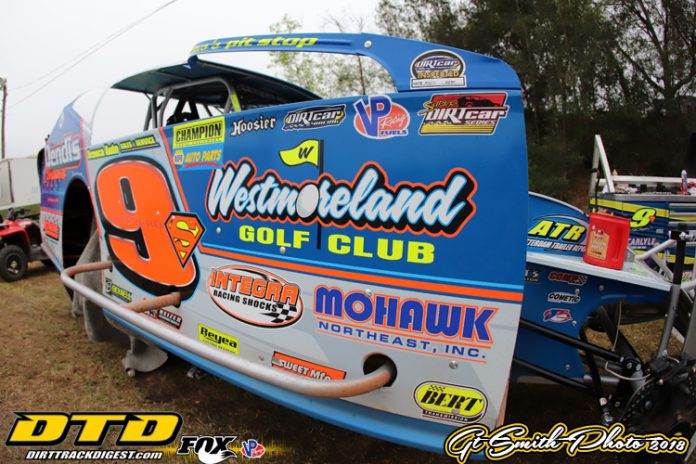 Bicknell Racing Products is once again on track for yet another record breaking year.

In 2017, car no.210 wasn’t released until July, making Bicknell officially two months ahead of schedule.

“We sold a lot of cars last year, so we anticipated a less busy year this year,” said co-owner, Randy Williamson.

In August of 2017, Bicknell Racing Products set a new record of their ever-growing business by building 244 cars, surpassing their last record set in 2004 of 238 cars.


The 2018 season has just started and is already shaping up to be yet another record setting year.

“The used car market has gotten more valuable,” Williamson added. “If you look at all of the different classes – there’s racers out there looking for newer, used cars. We had a lot of people buy cars last year and maybe put 25 races on them and sold them. When a new car only cost $4,200 and they can sell them for $3,000, that’s what they were doing. So, in return they bought new cars again. I definitely wouldn’t have anticipated last year that we’d have that kind of season again.”

Bicknell Racing Products take pride into what they do and recognize that they’re successful because of their customers success.

Not only did Bicknell break their chassis build record in 2017 but they blew their competition out of the water by collecting a total of 764 wins. Out of 82 possible track championships, 53 of the champions were Bicknell.

“I have to thank our employees who have been busting their butts to get this done,” Williamson said. “It’s gotten overwhelming to say the least.”

Bicknell may have been able to surpass their record last season thanks to the dedication of their drivers, but they have more than just chassis’ out there than most realize.

“I see our parts on different brands of race cars,” he said. “We’re building 200+ cars but we’re also building parts for more than just that. There’s used cars and other brands of cars out there that will buy our parts and run them.”

Williamson believes a strong part of Bicknell’s growth was when their partner, Bob Slack, came onboard in 2007.

“Back in 2007 Pete and I had the company,” Williamson noted. “We were content with where we were, but we felt we needed help. We were busy but didn’t have enough help to get to the next level. When we took on Bob, he took us to the above and beyond. He’s got the knack to see what we need to do. If I come up with the idea he’ll take it to the next level.”

It’s not every day you come across a company that prides itself in old fashioned values. The way to stay on top of their game is to stay in touch with their customers.

Williamson spends a good majority of his day on the phone, talking to customers about their finishes and set-up help. Slack and Williamson, along with the man whose name the business originates from, Pete Bicknell, spend numerous hours each week at the St. Catharines Ontario location. Although the sign on the door says Monday-Friday 8:00am-5:30pm, all owners and employees are working overtime to make sure all jobs get done.

It’s no secret the dedication and determination Bicknell has. The team at Bicknell believe their success comes down to customer service, the quality of their product, and their drive to succeed.