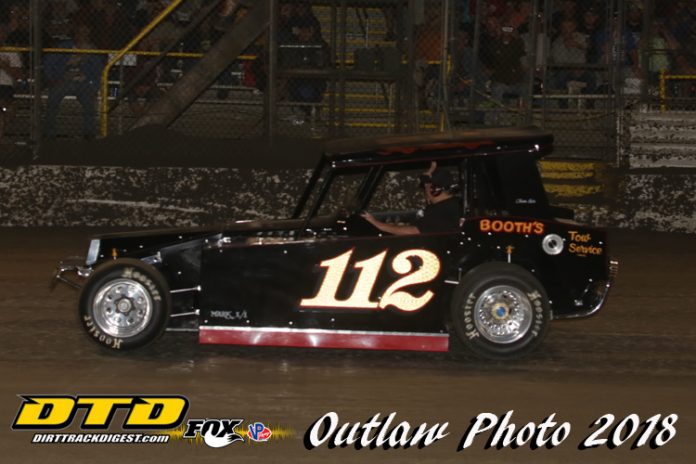 OAKS, PA – With more than 1,000 race wins to his credit, it is easy to understand how Gary Balough earned the nickname ‘Hot Shoe’. The veteran racer, still recovering from a stairway fall, will be spending the weekend with attendees at the 34th edition of the Pioneer Pole Buildings Motorsports Racecar & Trade Show Fueled by Sunoco Race Fuels Distributed by Insinger Performance.

The three day show will run from January 18 through January 20 and takes place at the Greater Philadelphia Expo Center in Oaks, Pa.

Balough will be offering his new book “Hot Shoe! A Checkered Past: My Story” for sale. The tell-all book, written with well-known author Bones Bourcier, has proven to be a big hit as it tells the story of Balough’s outstanding racing career and the dark times spent in prison.

One of the most well-known victories for the Florida-based racer came when he drove the famous “Batmobile” to victory in the 1980 edition of the Syracuse 300 run as part of the Super Dirt Week in Syracuse, N.Y. And just one year after that Balough made his best showing in NASCAR Winston Cup in 1981 at Talladega Superspeedway before his legal issues ended plans to join an elite team the following season.

The “Batmobile” was a feat of racing engineering, created by Balough and car builder Kenny Weld. The pair and their team built one of the most advanced dirt Modified race cars ever developed. It had so dominant a win that year on the mile at Syracuse that it was made illegal and rule books were rewritten to outlaw such ideas in the future.


The 66-year-old Balough is still active as an innovator, acting as a mentor and driving coach for Stewart Friesen and Halmar Racing. This past year he directed an effort to restore the “Batmobile” back to its original form and that black No. 112 will be on display at the show.

Balough will be at Motorsports all three days to talk with fans alongside the car. Show attendees will be able to purchase a copy of his book and have it autographed by Balough.

More than 200 racecars will be on display during the three day show with many top racers and motorsports personalities appearing at the show. As usual, all autographs will be free.

More than 200 other racing vehicles representing many different segments of the sport will also be on view throughout the more than 200,000 square feet of display space.

Headlining Motorsports 2019 will be NASCAR Hall of Famers Darrell Waltrip and Ray Evernham along with Ryan Preece who will be looking to capture NASCAR Monster Energy Cup Series Rookie of the Year honors.

There will be a large number of displays with speedways offering information on their 2019 seasons. Hardcore racing vendors will be a big part of the show and fans will have the opportunity to gain some bargains from vendors offering collectible items. A number of free industry seminars will be offered.

Also sure to be a crowd pleaser will be the “Reading Speedway Reunion.” That event will be dedicated to the memory of the great racing action THAT took place at Pa.’s Reading Fairgrounds Speedway before it closed 40 years ago. Drivers and team members who competed at that track will attend to meet the fans, and there will be a large display of vintage race cars that ran at Reading.

One of the most popular events during the three day show will be and has been the Ms. Motorsports Pageant sponsored by Aqua Duck Water Transport that will see one woman walk off with a $1,500 cash prize along with a poster deal.

Tickets are available daily at the door one hour before the show opens. To stay informed on the latest show news check in at www.motorsportstradeshow.com or call 609-888-3618.

A few display spaces and room for race car display remain as the show is on its way to becoming another sold out success.