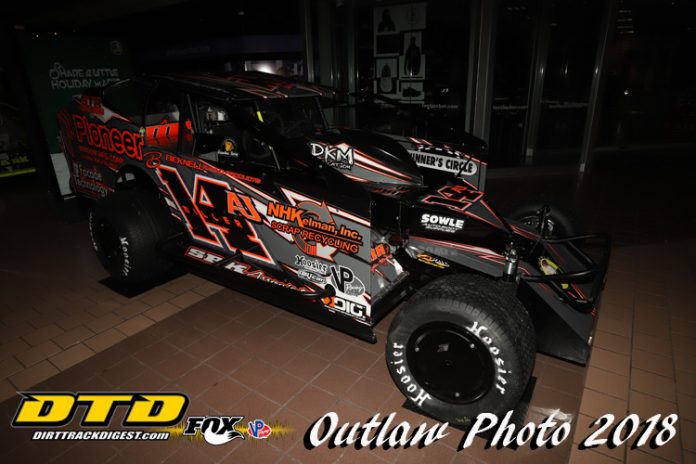 SCOTIA, NY – In less than a week, on the traditional St. Patrick’s Day weekend as it has been held for many years in the past, the 2019 version of the Capital District Racecar Show will be held at the Viaport Mall (formerly known as the Rotterdam Mall) on Friday, March 15 through Sunday, March 17. The car show will be open to the public during regular mall hours, which are Monday through Saturday 10:00 a.m. to 9:00 p.m., and Sunday from 10:00 a.m. to 6:00 p.m. according to the Viaport mall website.

Spots for the car show were available to any driver from any of the racetracks in the Capital Region area. As of late last week, there were a total of 70 entries into the car show including stock cars from all divisions, lawn mowers, go-karts, and slingshots. There was also a waiting list of people trying to get in in the event of a cancellation by one of the other entries. Please contact event coordinator Bob James at 518-399-0937 to see if there are any openings to get your entry into the show. Move in day for the show will be Thursday, March 14 after the mall closes for the evening.

The car show is a great place for drivers and owners to show off their racecars to the public for the first time before they take to the track next month. It also allows them to show off their sponsors who make it possible for them to race. Drivers will have handouts for the fans and you can always get the autograph of your favorite drivers, as they will be handing out pictures at the car show as well.

Area race tracks that will have representatives at the show will include Fonda, Albany Saratoga, Lebanon Valley, and Devils Bowl. Bobco Racing Videos will also be on hand selling tapes from all of the local tracks and the New York State Stock Car Association (NYSSCA) will have a representative at the Bobco booth signing up members for the 2019-racing season.

Something new for the 2019 version of the car show will be RC racing on Friday and Saturday, which will be taking place in the old American Eagle store in the Viaport Mall. There is an all-star RC racing event scheduled as well with local drivers Ronnie Johnson, Jack Lehner, and Pete Broderson along with other drivers taking place in that event.