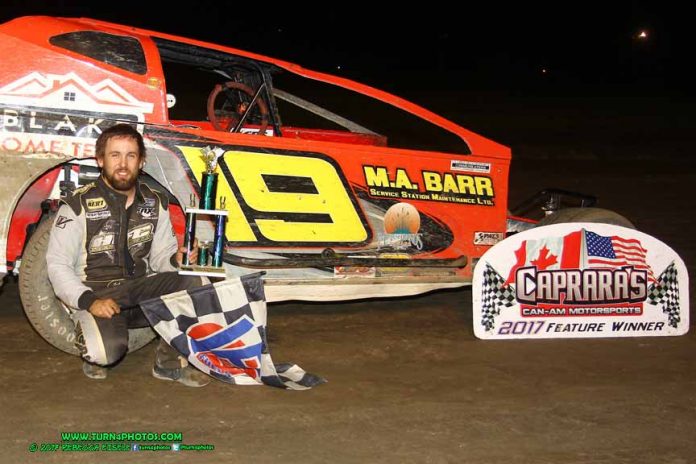 Daylight Saving Time is here and Spring officially arrives just before 6:00 on Wednesday, March 20th. Both are factors that another exciting season of local motorsports action is just around the corner, but before anyone gets to turn a lap on the track fans will have the chance to see some of their favourite teams during the 2019 edition of the free Kingston Area Racing Preview Show – March 29th and 30th – at Frontenac Mall.

From humble beginnings back in 2001, this show has continued to grow and will soon celebrate its 20th anniversary as the region’s must see pre-season event. With a collection of drivers, teams and racing equipment that will be part of the weekly action at Brockville, Brighton, Can Am and Cornwall Speedways, fans have been looking forward to the chance to see some of the season’s top-notch rides. Co-promoter Glenn Stewart says the annual showcase is the culmination of a lot of hard work.

“I’d have to check my notes to be sure, but I think there are a few teams that have been part of more than half of these shows over the years,” Stewart said. “Even with those impressive stats, each year we seem to have someone who is participating for the very first time. That’s bound to happen when you’ve been doing things this long. We understand the effort it takes to get ready for a year’s worth of racing, so we’re happy to open the doors to anyone who wants to be part of the event.”

While he’d like to go into the last couple of weeks before the show knowing exactly who will have their cars on display, Stewart – who is also a team owner – knows its hard to tell what roadblocks might crop-up during the process of a pre-season rebuild. One thing is certain; fans will see a good collection of DIRTcar Modifieds, Late Models, Vintage Mod equipment and more during this year’s expo.


With the 50th anniversary season on the horizon, Brockville Ontario Speedway will once again have a presence at this year’s show. Fans can pick-up a copy of the 2019 schedule, talk with representatives from the track and see the new racing colours for their home track favourite drivers including Andy Lloyd, Luke Stewart, Steve Barber, Tristan Draper and more. Drivers and teams interested in being part of the show can contact Glenn Stewart, 613.376.6153 or Ed Palmer, 613.389.8013 for all the details.