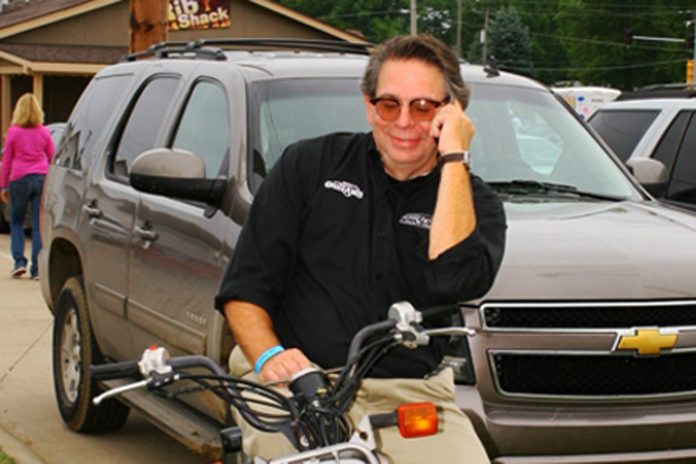 DAYTONA, BEACH, FL – The 47th Annual RPM Workshops held at the Hilton Daytona Beach Resort, February 10th and 11th will have a stellar lineup up of speakers and presenters set for promoters who attend the annual workshops to garner ideas and continue developing and growing their businesses while having the opportunity to connect with a variety of colleagues and exhibitors that touch every corner of the short track racing industry.

The speaking lineup includes; Randy LaJoie, former multi-time NASCAR champion, who now owns his own racecar racing seat fabrication company – The Joie of Seating – while continuously promoting safety in every form of racing, including starting his own program “Safer Racer”. LaJoie has visited many tracks and events throughout the country and can offer a variety of views on topics that can help promoters in a several different aspects.

Bob Dillner of Speed51.com, who has also stood behind the microphone for many years on many different networks has a rich short track racing heritage that drove him to develop the “Speed51” brands which has become one of the most widely recognized digital media platforms in the sport. Dillner will be a part of a “breakout” session open to a question and answer segment in regard to some of the ideas and things, we may not know when it comes to the social media aspect of the sport.

Tom Deery and the Deery name are synonymous with the RPM brand and Workshops. His Father Hugh assisted Stew Reamer in providing the foundation for the institution that the RPM Workshops have become. Deery, who is the president and Chief Operating Officer of World of Racing Group that presents the World of Outlaws Sprint Car and Late Model Series, Super DIRTcar and DIRTcar brands of racing has a wealth of knowledge and passion for the industry and over 40-years of experience to offer his insight.

Karl Fredrickson, editor and writer for Speedway Illustrated, pulled a SportMod into victory lane at Boone Speedway in Iowa during the Super Nationals in 2005. Fredrickon is a true believer in the sport in every fashion, covering it and putting it on display for the public to read through his monthly editions of Speedway Illustrated. Fredrickson brings a unique traditional approach to the sport with many great ideas that will be offered during a “breakout” session.

Ricky Brooks has become one of the most noted technical inspectors throughout short track racing. His efforts at the Snowball Derby and World Series of Stock Car Racing helped increase car counts and the overall perception of the events from a competitor standpoint. The 47th Annual RPM Workshops in Daytona will mark the first time Brooks speaks at the Workshops.

David Hoots has a famous voice that called the NASCAR Cup races for many years as the managing director of competition for NASCAR. Hoots grew up at short tracks in North Carolina, including the legendary Bowman-Gray Stadium, where he cut his teeth. Hoots has expert knowledge in every aspect of event management, including scoring, official training and building a tight event schedule. He is willing to share and educate from his experience to help your business.

Lyle Devore, the promoter at Albany-Saratoga Speedway and track preparation guru has been working in the business for well over 30-years and last year won his first regional ARPY award, has watched the evolution short track industry from the inside. He has a “no-nonsense” approach to business and knows the keys to success in every aspect of the business. He will help lead “Breakout” sessions designed to create an open and educational dialogue.

Ken Schrader is one of the sports all-time leading ambassadors. Each season, Schrader travels from coast-to-coast, north-to-south throughout North America visiting, racing at and conducting “play days” at your race tracks. He has a “hands on” approach with his involvement at I-55 Speedway in Pevely, Mo., that assists him in seeing and understanding what everyone is up against and what it takes to be successful. He returns to the podium as speaker, after he spoke in Reno, Nevada in the early 2000’s.

Further information regarding the RPM e-newsletters and workshops may be found at the company’s website, www.promotersnewsletter.com.