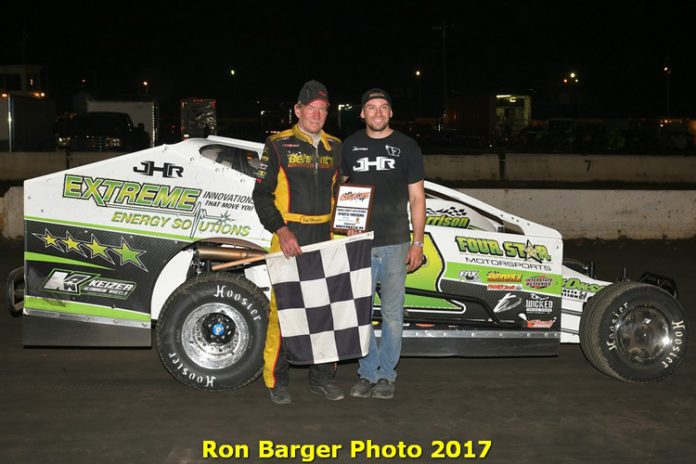 For over 40 years the Palmers have supported Fonda Speedway, initially with Alton as the driver of the 76. Their love of racing grew into the Palmer Service Center fielding cars for some of the best ever at Fonda including Lou Lazzaro, Dave Lape, Jack Johnson, Ronnie Johnson and most recently, Bobby Varin.

Heotzler has also had a stellar career as a driver and has raced since 1978 earning wins or championships at tracks such as Orange County Fair Speedway, Accord Speedway, Albany-Saratoga and Fonda Speedway.

Heotzler, who was inducted into the New York State Stock Car Association Hall of Fame in February of this year, is anxious for the season to begin with his new car owners. “I haven’t had much going for me in a while. Let’s face it, I’m near the end of the road of my career racing. Alton and Carole are giving me the opportunity to go out on a high note.”

Heotzler met with the Palmers and the members of their crew on Saturday at the team shop in Howes Cave, NY. The team plans to run weekly at Fonda Speedway on Saturday night and at other select races.

“We’ll be at every race at Fonda,” stated Alton. “This is one of those screwed up years,” he continued, “and it will be a short season if we ever get going.” When the time to get started does happen, the Palmer Race team will have Heotzler ready to go with a full arsenal of cars and motors.

According to Alton, “we have JPM motors and Teo chassis cars to go to any track. All of the cars for this year are outfitted with what I call a ‘Deyo body’, meaning we can run any Brett Deyo promoted race.” Palmer went on to state they also are prepared with DIRTcar legal panels and motors if needed.

At the beginning of the year the Palmers had announced they would be providing support for Sportsman runners Ricky Quick and JaMike Sowle, and for Pro Stock runners Kenny Gates and Andy Graves. That decision was reached when their driver for the past few years, Bobby Varin, informed the Palmers he needed to step away from full-time racing in 2020. However, Varin recently announced he would be in a new ride for 2020, leaving the Palmer Race Team without a Modified driver for the several special events they had been planning to run.

Hoetzler and Palmers feel they will be a formidable combination at Fonda Speedway in 2020 with cars ready for any type surface. “We’ll be running a 430 weekly at Fonda,” said Alton, “and we also have the combinations to run anywhere else we choose. Our focus is on Fonda and select Deyo shows elsewhere, like Orange County>’

Fans can look forward to also seeing Jeff Heotzler Jr. in a Palmer Service Center car occasionally during the season. He will be accompanying his dad weekly to Fonda and working with the Palmer team.

“Alton and Carole are down to earth and honest,” said Jeff Sr., “and I’m really excited about the opportunity they are giving me. I had no idea they were considering me and when the phone call came, it was a surprise. I hope I can help them out with strong performances each and every week.” 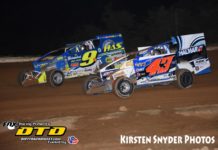