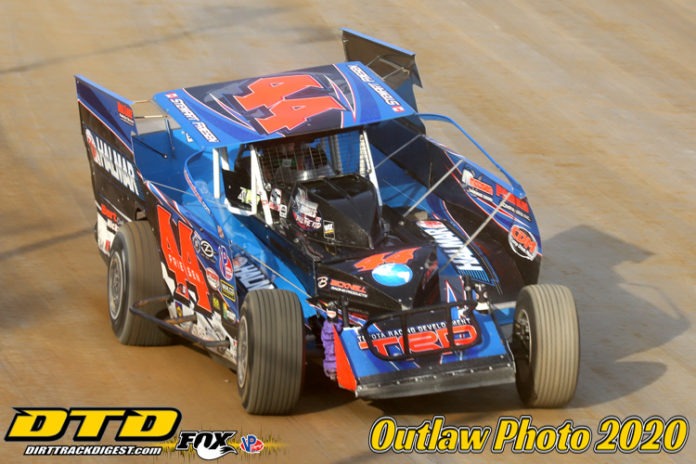 INDIANA, PA – In an abbreviated – albeit intense – season, the 2020 American Racer Cup presented by Sunoco Race Fuels champions have been crowned.

Stewart Friesen, representing N.Y.’s Fonda Speedway in the Modified division, and Brian Hirthler of the Grandview Speedway (Bechtelsville, Pa.) Sportsman class have taken top honors in the Cup for this season as overall champions.

Despite a shortened year that for many tracks did not begin until mid-June, and for others did not get the green flag at all, administrators of the American Racer Cup opted to move forward with the program offering $21,375 in cash plus tire certificates to racers.

The ’20 American Racer Cup utilized each registered driver’s six-best finishes (in lieu of the usual 10) plus a sliding scale of bonus points tied to the home track’s average season-long car count.

Friesen, of Sprakers, N.Y., enjoyed a perfect year at Fonda Speedway, winning in every one of his eight starts to date at the Montgomery County facility. Friesen will take home $5,000 for his efforts on behalf of presenting sponsors American Racer, distributor Lias Tire of Indiana, Pa., Sunoco Race Fuels and distributor Insinger Performance of Dushore, Pa.

Both Friesen and Sheppard notched 360 points with six wins. However the car count bonus – 100 for Fonda, 80 for Outlaw – tipped the scale in Friesen’s favor.

Sheppard (440 points) receives $2,500 cash for placing second. Sheppard had won the overall crown in each of the last three years.

A total of $18,000 will be distributed to Modified American Racer Cup competitors for simply competing at their home tracks.

Adam White of Delaware International breaks free from a tie with Steve Kemery of Bridgeport (N.J.) Motorsports Park for third position by virtue of his four wins for third. White will receive $375, with Kemery pocketing $300. Jim Housworth, from the New Egypt (N.J.) Speedway Open Sportsman division, is fifth with 420 points and receives $250.

A total of $3,375 will be distributed to American Racer Cup Sportsman competitors.

Every driver registering for a speedway that completed at least six events in ’20 will receive a tire certificate in the mail (Modified – free tire; Sportsman – $85 off the purchase of a tire). Drivers registered for speedways not holding six events this year will receive a credit on their entry fee for next year.

The point fund will be distributed via mail in mid-December.