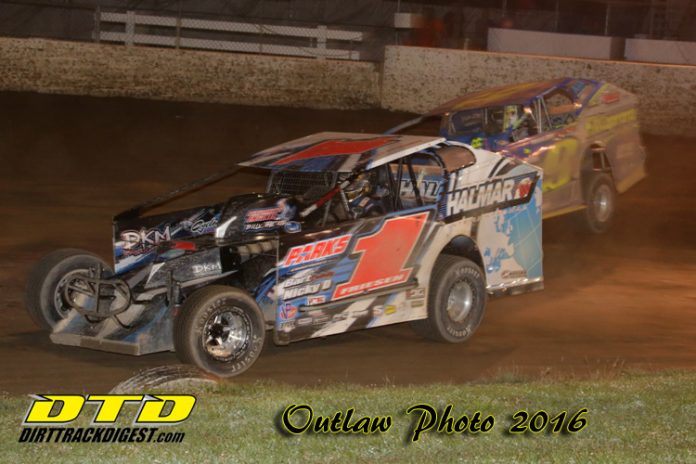 BUSTI, NY – The Race of Champions Dirt Modified and 602 Dirt Sportsman Modified Series fueled by Sunoco will pay a visit to a new venue, the New Stateline Speedway on Monday, July 17 for a 61-lap Modified race and a 30-lap Sportsman race. Defending Series champion, Matt Sheppard of Waterloo, New York, will be in attendance as well as several others who hope to put an end to Sheppard’s series dominance.

“New tracks are always challenging because you just never know,” explained Sheppard. “There are many variables, the surface, grooves, tires, what the track is going to do for the feature. It’s a guessing game, but when things get going at Stateline, we will give it our best shot.”

Last season, though no shortage of competition, Sheppard, managed to visit victory lane in each Race of Champions Dirt Modified event.

“We had to beat a lot of guys to get it done,” continued Sheppard. “We had an epic battle with Stewart Friesen at Fonda and Vic (Coffey) at Utica-Rome as well as the Varin’s and others. Its tough competition and we will just have to see what happens when things play out at Stateline. We are looking forward to it.”

Where: Stateline Speedway
When: Monday, July 17, 2017. “Battle of the Border 61”. Pit Gates Open at 5:00pm, Racing at 7:30pm.
Directions: The track is located is just minutes Southwest of downtown Jamestown, N.Y., and Southeast of Erie, Pennsylvania at 4150 Kortwright Road, Jamestown, N.Y.
What: The Race of Champions Dirt Modified Series fueled by Sunoco & The Race of Champions 602 Sportsman Modified Series fueled by Sunoco “Stateline Border Battles”.
For More Information: www.newstatelinespeedway.com (716-720-2403) / www.rocmodifiedseries.com

The Race of Champions is a sanctioning body presenting Modified and Stock Car racing on asphalt and dirt surfaces throughout the Northeast, with events in New York, Pennsylvania and New Jersey. The 67th annual Race of Champions weekend will take place in 2017 at Lake Erie Speedway in North East, Pennsylvania and is the second longest consecutive auto-racing event in North America, second only to the Indianapolis 500.