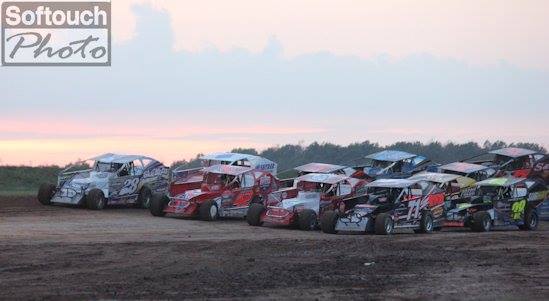 PORT COLBORNE, ONT – This coming Saturday, August 26 and Sunday, August 27, racers from across the region will competing for some big money in racing competition for Modifieds, Sportsman, and all of the Humberstone Speedway’s weekly divisions as part of a weekend dedicated to carrying on the legacy of Pete Cosco.

The racing programs are some of the most lucrative for racers in the region and in the history of Humberstone Speedway. Between the Saturday and Sunday event, Modified drivers could potentially walk away with nearly $10,000 between the $4,000-to-win events both days plus lap money for the Sunday event.

On Sunday, a full Humberstone racing card of Sportsman, RUSH Late Models, Street Stocks, Mini Stocks, and Pro 4 Trucks will all be in action plus the Mighty Modifieds in the 75 lap Pete Cosco Memorial. Additional lap money has been posted for the Modifieds, Sportsman and Mini Stocks. The Sportsman will also be racing for an extended purse as well Sunday night.

Coming into the action this weekend, third generation driver Erick Rudolph from Ransomville, NY has been perfect, winning the first two Pete Cosco Memorial events. Sportsman pilot Brad Rouse from St. Catharines, Ontario has also won the first two events for the Sportsman, as has Albion, Pennsylvania’s Dennis Lunger Jr in the RUSH Late Model division. Billy Bleich Jr and Jason Fontaine won the Street Stock events to this point. Dylan Llord and Mike Toovey were victorious in the Pro 4 Trucks, while Jason Coutu an Evan Curtis graced victory lane in the Mini Stock portion of the Pete Cosco Memorial.


Pit gates will open at 4:30 pm on both Saturday and Sunday. Grandstand gates will open at 5:00 pm and racing will begin at 6:30 pm sharp! Camping is FREE for the entire Pete Cosco Memorial Weekend with a paid adult admission to the races!