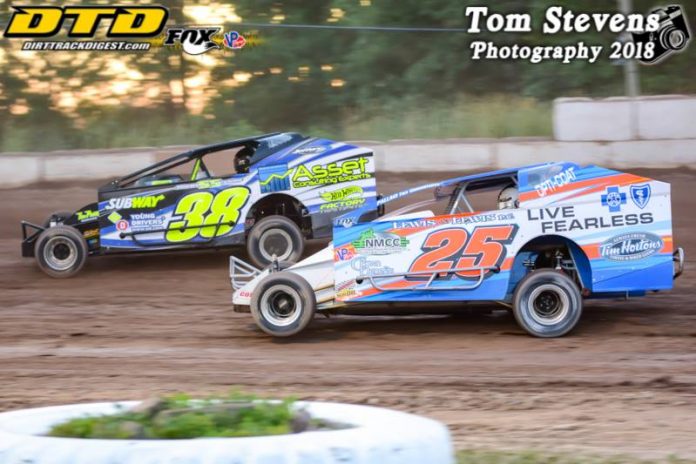 RANSOMVILLE, NY – Ransomville Speedway and the Jeffery Family is pleased to announce that the 2018 Sid Jeffery Memorial will now take place on Friday, September 7. The 2018 edition of the Sid Jeffery Memorial will be held for the Krown Undercoating Modifieds, paying at least $2,000 to win, with close to $3,000 being handed out in lap money and contingencies, making it one of the more lucrative races in the region. The night will also be highlighted by the annual visit by the Sportsman Super DIRTcar Series.

“We would like to express our appreciation to the Atwal Family for allowing us to have this annual race in honor of our father Sid Jeffery”, commented Mike Jeffery. “The Atwal’s have gone above and beyond all expectations to put this race on”, Jeffery added. Jeffery also expressed his appreciation to the staff and management of Ransomville Speedway. “Without the hard work and dedication of Ransomville Speedway and all the staff members, this race wouldn’t be as big as it has become”.

Sid Jeffery was well known in the Ransomville community for many years as he helped out quite a few racers over the years including Jim Borget, Mike Jeffery and most recently Greg Martin. Sid owned the cars in the mid-1980’s through the 90’s that won feature races at Genesee Speedway, Tri-County, Perry Raceway, and all three tracks in the Niagara Region with triumphs at Humberstone, Merrittville and Ransomville with Mike Jeffery behind the wheel. While Mike drove for Sid, he earned the 1988 DIRT Rookie of the Year. Current crew chief for Big Block Modified superstar Larry Wight and former crew chief for Billy Decker Scott Jeffery got his start by turning wrenches on the Mike Jeffery racers. Sid came back in 2010 to help Greg Martin with his Sportsman career. The duo won the 2014 Ransomville Speedway Sportsman track championship as well as the RUSH Touring Series Sportsman Championships in 2014 and 2015. Sid was always willing to lend a hand to anyone, whether it was a close friend/competitor or someone that he barely knew.

“We are in discussion with a few big-name drivers. Sid’s nephew Scott Jeffery has committed to being here, he is an integral part of central New York racing but I’m not sure who exactly he is bringing along to race” Jeffery said. The Sid Jeffery Memorial will be highly contested by the top 358 Modified drivers in the region and by the Ransomville regulars who look to defend home turf.