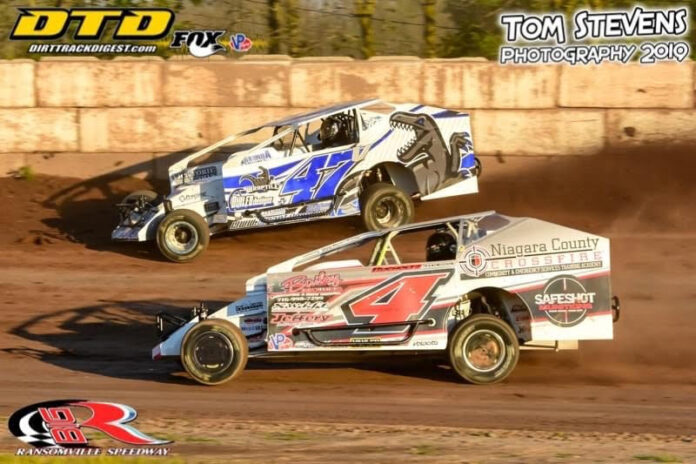 “Whatever we can do for the drivers is what we will do”, commented Mike Jeffery. “In 2019, we brought our customers and vendors to the race, some of which have never been to a race and it opened their eyes,” Jeffery added.

Sid and Carol Jeffery were both instrumental in helping others in racing. “The 2020 race was supposed to be the first one without mom, but with COVID-19, that never happened,” Jeffery said. “She (Carol) was very much the leader behind the Sid Jeffery Memorial. She was the driving force behind my brothers, Shawn and Kyle, and myself. She backed all of our racing careers.”

The 2021 Sid and Carol Jeffery Memorial for the Krown Undercoating Modifieds will be a 56-lap feature race, paying $2,000 to win. “The race in 2020 was actually going to be on what would have been their 55th wedding anniversary (July 24) so this year, the Modifieds will race a 56-lap race to honor their anniversary,” Mike Jeffery said. The Modifieds and Sportsman will be joined by the KiPo Motors Street Stocks, Sunflowers of Sanborn Mini Stocks, and the Kevin’s Carpet Cleaning Novice Sportsman.

Sid Jeffery was well known in the Ransomville racing community as he helped a number of racers, including Jim Borget, Mike Jeffery, and Greg Martin. The father-son combination of Sid and Mike Jeffery won throughout the area in the 1980s and 1990s at tracks, such as Ransomville, Humberstone, Merrittville, Genesee, Tri-County, and Perry, and won the DIRT Rookie of the Year title in 1988. Scott Jeffery, who serves as crew chief for Larry Wight and Billy Decker on the Super DIRTCar Series got his start by turning wrenches on the Mike Jeffery racers. Sid Jeffery came back in 2010 to help Greg Martin with his Sportsman career. The duo won the 2014 Ransomville Sportsman track championship as well as the RUSH Touring Series Sportsman Championships in 2014 and 2015.


The inaugural running of the Sid Jeffery Memorial took place in 2017 for the Investors Service Sportsman with Matt Farnham scoring the win. The 2018 edition was for the Krown Undercoating 358 Modifieds, with Ryan Susice being in victory lane. In 2019, both the Modifieds and Sportsman were included as third-generation driver Erick Rudolph winning the Modified portion, and veteran Scott Kerwin, who came out of “retirement” to win the Sportsman race.

Jeffery Machine offers a wide range of services from general machining to prototypes. Fabrication, Fixtures, Specialty Jobs, Small Production Items, and new to the stable, Custom Trophies. Feel free to contact Jeffery Machine for a quote. Jeffery Machine is located at their all-new, 4,800 square-foot facility at 3638 North Ridge Road in Lockport and can be contacted by phone at (716) 434-2710, and by email at jefferymachine@hotmail.com.