OHSWEKEN, ON– The Race of Champions Dirt 602 Sportsman Modified Series will head to the ultra-modern Ohsweken Speedway in Oshweken, Ontario-Canada for the first race of the series of a four (4) race season this Friday evening, August 12. The Series went on hiatus during the 2020 and 2021 seasons due to the pandemic, however, after discussions with Ohsweken and Humberstone Speedway’s, the Series is returning for 2022.

“This is a fun series for us and this race at Ohsweken (Speedway) is a great opportunity for our fans to come out and support our type of racing,” offered Cody McPherson of St. Catherines, Ontario-Canada, who is having a banner year in dirt Sportsman competition.

“We are having a great year with this should be a lot of fun. That is what racing the Sportsman car is supposed to be about. We are definitely proud to be a part of it.”

Brad Rouse of St. Catherines, Ontario-Canada is a three-time Series champion (2016, 2018 and 2019) while Chad Chevalier of Port Colborne, Ontario-Canada captured the title in 2017.

Directions: The track is located is at 1987 Chiefswood Road, Ohskweken, Ontario – just minutes South of the 403 (London/Toronto) and approximately 60-miles Northwest of Buffalo, N.Y. and Fort Erie, Ontario.

What: The Race of Champions Dirt 602 Sportsman Modified Series 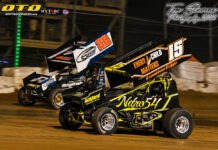 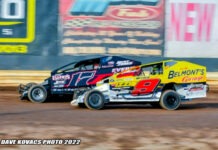