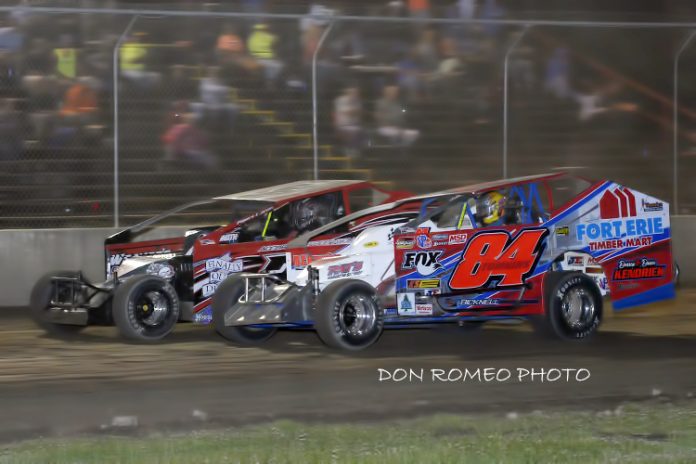 Elbridge, NY – Gary Tomkins picked up an impressive win on Thursday night in the Summer Broiler at the Rolling Wheels Raceway park in his familiar number 84 bicknell mount.

Mike Mahaney and Matt Sheppard led the field to the green flag, with “Super Matt” wasting little time jumping out to the early lead.  Unfortunately for Matt, his night would go south while leading as something broke in the Dendis Companies number 9s while leading causing Matt to shut the car off coming off of turn 2.  He was pushed back to the pit area and his night was done.

That gave the lead to Gary Tomkins, who never looked back, leading the rest of the way to take home the checkers and the $7,500 payday that came along with it.  Mike Mahaney, Erick Rudolph, Peter Britten and Andy Bachetti followed Tomkins across the line, however the final order was shuffled when Mahaney failed to make weight with his family owned 33 machine, causing him to be disqualified from the event.