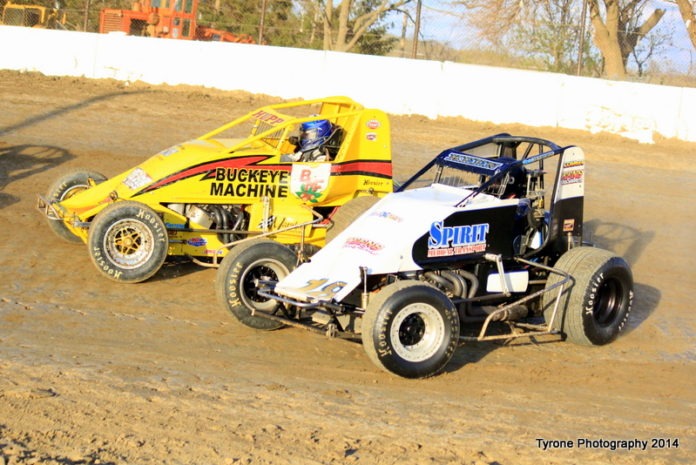 The Sweeney RUSH Sprint Cars will debut in 2018 throughout the western Pennsylvania and eastern Ohio region with the ability of its technical rules package to be adopted throughout the country. The RUSH Sprints will feature traditional, non-wing cars utilizing the cost-effective Pace Performance GM 602 Crate Sprint Car engine package developed by the team at Pace Performance, on $135 RUSH Bilstein Bandits Shocks, and an affordable spec Hoosier Tire. The program will be kicked off with the Bonnell’s Rod Shop Weekly Series point fund of more than $20,000 with $5,000 going to the inaugural champion!

“The response and excitement for this class has been staggering,” explained RUSH Director Vicki Emig. “As soon as the press release went out a few weeks ago, we started getting bombarded with messages, calls, and posts on social media from all over the Northeast along with positive feedback from industry leaders throughout the country. We really have to thank the team at Pace Performance, who have developed the RUSH Sprint Car Engine package and Scott Bonnell, who immediately stepped up to be the presenting sponsor of the division, along with our other great marketing partners and so many others that have gotten behind this concept. The response for this class has been bigger than any of our other recent classes, and in fact we decided to move the meeting to a bigger venue at Gatherings where we hold our annual awards banquet.”

Throughout the past several weeks, several former and current stellar “410” Sprint Car drivers have been consulted to discuss their thoughts and gather their input on the Series and its place in the future of regional Sprint Car racing. Their response, support and endorsements have been tremendous.


On Saturday, attendees will receive a considerable amount of handouts including a detailed informational sheet on the division, a Pace Performance RUSH Sprint Car engine package sheet, and a tentative set of rules. RUSH will discuss various aspects of the division along with the other specific components of the program that have been so successful in the past with its other divisions that have continued to grow and thrive. Pace’s Don Blackshear will answer all questions concerning the RUSH Sprint Car Engine package, which will also be on hand for attendees to see first-hand.