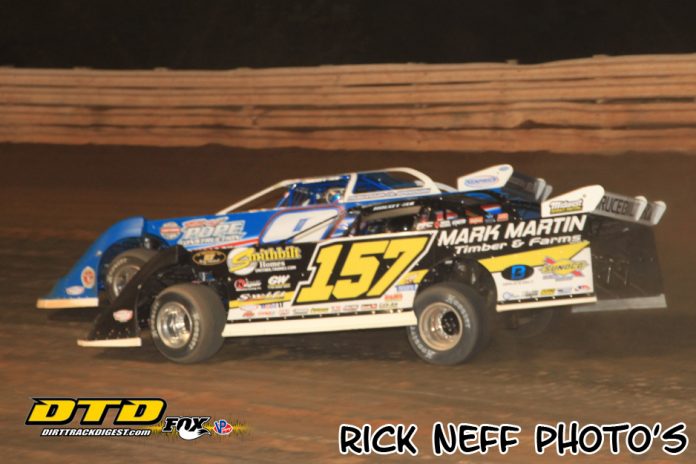 Joining the super late models on the racing card will be the limited late models in a 20-lap feature paying $1,000 to win and $100 to start.

Former 12-time track champion Jeff Rine of Danville scored his first career win in a World of Outlaws main event in the 2017 race which also marked his fifth victory in the Open. Rine’s other Open wins occurred in 2005, 2006, 2008, and 2009.

Chris Shuey of Orefield won the inaugural Late Model Open in 1999 followed by a win in the 2001 race. Nick Dickson of Lewistown is the only other repeat winner with victories in 2007 and 2012.

This season has been one of the most competitive in track history for the super late model division with 11 different winners in 13 races. Coleby Frye of Dover is the only repeat winner with three checkered flags and the 2019 track championship at Selinsgrove.

Tickets for the Word of Outlaws Late Model Series National Open will be sold on race day only. Grandstand and pit gates will open at 4 p.m. with qualifying slated to start at 7 p.m.

FREE camping will be permitted on the speedway grounds over the race weekend. Campers must park in the new upper lot designated for camping. Campers are not permitted to park in any of the center sections of the speedway lot.