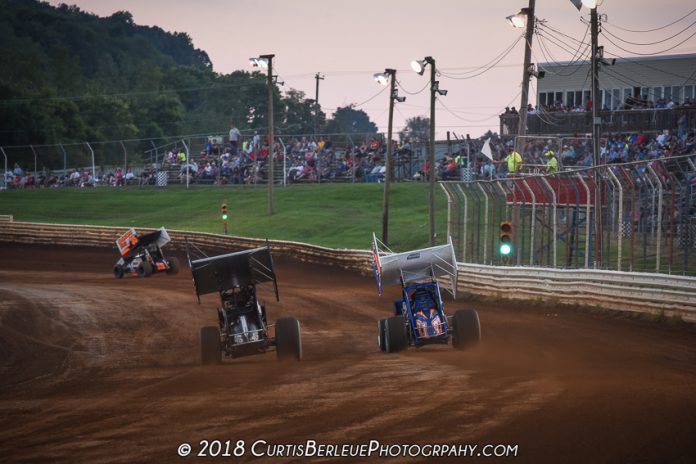 SELINSGROVE, PA – Selinsgrove Speedway has released its 2021 schedule of events, offering 22 race dates from March through September as the historic oval celebrates its 75th anniversary season.

And to commemorate its 75th year of auto racing, the oval will stage a special 75th Anniversary Race exactly 75 years from the date of the very first race ever run at the track back on July 20, 1946.

The special night of racing will be just one of nine total nights of 410 sprint car racing, winged and non-wing, slated to take place at the track in 2021 along with one of 10 total events slated for the super late models.

In addition, the 360 sprints (both winged and wingless) will compete in eight events, as will the 305 sprints and the limited late models.

Roadrunner competition will be a part of 13 events during the season.

The Renegade Monster Truck Tour will return to Selinsgrove Speedway in 2021 on Saturday, May 29 with tickets going on sale March 1 via www.monstersinselinsgrove.com.

The 2021 season gets underway on Saturday, March 20 at 2 pm with the Short Track Super Series Icebreaker for combined modified competition.

And then the first shows of the season for the 410 sprint cars and the super late models will hit the track for March Madness on Sunday afternoon, March 28.

Other big 410 sprint events dot the 2021 slate from beginning to end.

The track will host the Ray Tilley Classic for the super sprints on Sunday, April 25 before Sunday, July 4 plays host to the Pennsylvania Speedweek Finale Jan Opperman-Dick Bogar-Ralph Heintzelman Memorial paying $7,500 to win as part of the 75th season celebration.

For just the second time in history the wingless USAC 410 sprint cars will visit the speedway on Thursday, June 17 as part of the USAC Eastern Storm series, paying $6,000 to win.

Back for the second year in a row, Summer Championships for both the 410 sprints and the super late models will be spun off on Saturday, July 24 as part of Armed Forces Appreciation Night.

The 41st annual Jack Gunn Memorial, again this season being staged for 410 sprints, is planned for Saturday, August 28.

And then the National Open Qualifier for the 410s is scheduled for Sunday, September 5 before the $20,000 –to-win, 39th annual Jim Nace Memorial National Open for the sprinters climaxes the season on September 25.

Big events for the super late models will also be a highlight throughout the season.

The ULMS April Attack will take center stage on April 10 followed by the Super Late Model 46er on May 15, named for track’s inaugural season in 1946.

The World of Outlaws Late Models Series will compete in the 23rd annual Late Model National Open on June 19.

The Showdown on Sand Hill is slated for August 14 and ULMS will close the Selinsgrove late model season as part of the holiday weekend program on September 5.

Highlights for winged 360 sprint cars at the track in 2021 include the Lucas Oil ASCS Battle of the Groves on May 1, the URC Kramer Kup on June 5, the Patriot Sprint Tour Joe Whitcomb Memorial on June 12 and the 21st annual National Open paying $5,075 to win on July 10.

Special USAC East wingless 360 action is slated for May 22, as part of USAC Eastern Storm on June 17 and lastly as part of the Bill Holland Classic for USAC Silver Crown Champ Cars on Sunday, August 8.

The second running of the Bill Holland Classic for USAC Silver Crown, honoring the very first winner at the track back in 1946, will again go 75-laps in distance while paying $8,075 to the winner in 2021, keeping with the 75th anniversary theme.

Sr. Citizens night and a Kids Money Scramble is slated for June 5.

View the entire 2021 slate of events posted at the track’s official website, www.selinsgrovespeedway.com.

Keep up to date with all the latest speedway news, results, information and race status by visiting the website and by following the track on Twitter and Facebook. 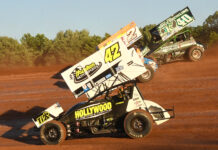 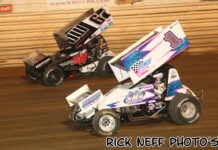