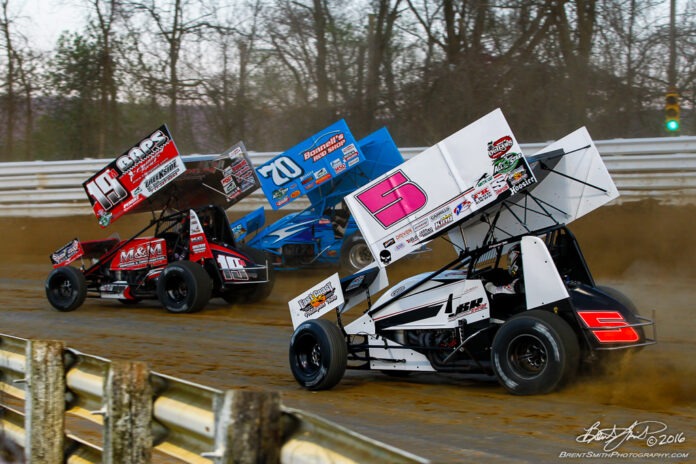 SELINSGROVE, PA – The 75th anniversary season of auto racing at Selinsgrove Speedway is set to get underway in one month when the Short Track Super Series modified circuit hits the track for the oval opener on March 20.

And the entire season at Selinsgrove Speedway will be laced with special events that give a shout out to the commemorative 75th milestone.

The first such event comes up on Saturday, May 15 with the running of the Super Late Model 46er.

The super lates will compete in the 46-lap event meant to represent the opening year of Selinsgrove Speedway, 1946.

Next up, the Modern Heritage 410 sprint cars will gather to compete in the Pennsylvania Speedweek Finale on Sunday, July 4 paying $7,500 to win.


And then a pair of special 75th anniversary races for the Modern Heritage 410s and the super late models will be staged coming up Tuesday night, July 20 at 7:30 pm.

The rare mid-week event at Selinsgrove Speedway will take place exactly 75 years to the date that the very first race ever to be contested at the track was staged back on July 20, 1946.

The Holland Classic will honor the very first winner at the track on that day back in 1946, and it will again go 75-laps in distance while paying $8,075 to the winner in keeping with the 75th anniversary theme.

It will be a season-long celebration at Selinsgrove Speedway in 2021 as the half-mile facility remembers its roots with big races, big purses and big names in local and national dirt track racing.

The speedway will return a week later, on Sunday, March 28 at 2 pm with March Madness for the Modern Heritage 410 sprint cars and the super late models.

The oval and Selinsgrove Ford in Selinsgrove will host Race Day At The Dealership from 10 am – 2 pm on Saturday, March 6 featuring season schedules and seat sales.

Selinsgrove Speedway will host a practice session one week later on March 13 from 1 – 4 pm.

View the entire 2021 slate of events posted at the track’s official website, www.selinsgrovespeedway.com.

Keep up to date with all the latest speedway news, results, information and race status by visiting the website and by following the track on Twitter and Facebook.

If you can’t make it to the track, several events are featured on www.SprintCarUnlimited.tv during the 2021 season.