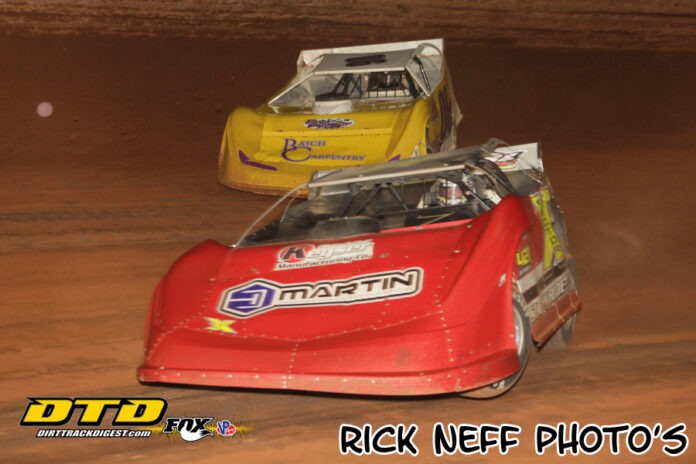 SELINSGROVE, Pa. – The powerful and popular super late models will make their first appearance of the season at Selinsgrove Speedway in an event sanctioned by the Zimmer’s Service Center United Late Model Series (ULMS) at 6 p.m. Saturday, April 10.

Joining the super late models on the racing card will be the Apache Tree Service PASS/IMCA 305 sprint cars in a 20-lap feature and A&A Auto Stores roadrunners in a 12-lap race on Performance Food Group Night.

April 10 will mark the first competition laps of the season at Selinsgrove for all three divisions. Additional contingencies have been put in place for the 305 sprint cars. The 305 sprint car B-mains will pay $150 to win, $125 for second, and $100 for non-qualifiers. Drivers who start the B-main(s) will have an opportunity to win a new racing tire, to be drawn by the winner of the B-main(s).

Performance Food Group (PFG), which recently acquired Reinhart Food Service in Coal Township, one of the speedway’s largest vendors, will be the title sponsor of the April 10 show. PFG, headquartered in Virginia, delivers more than 200,000 products to more than 125,000 customers in the foodservice industry across the United States. For more information, visit performancefoodservice.com.

Selinsgrove Speedway will present the Icon Legacy Custom Modular Homes Ray Tilley Classic for 410 sprint cars at 6 p.m. Sunday, April 25, along with the super late models. The annual tribute race honoring the late Tilley of Pine Grove, the speedway’s all-time sprint car winner and four-time champion, will be the first race of the season for the Lelands.com 410 sprint cars.

SELINSGROVE SPEEDWAY: A Motorsports Tradition for Generations Selinsgrove Speedway’s grand motorsports tradition began July 20, 1946, when Bill Holland of Philadelphia won the first race. Since that historic day, Holland went on to win the 1949 Indy 500, and many of motorsports most famous drivers have turned laps at the iconic half-mile dirt track designed by legendary Hollywood stuntman and race car driver Joie Chitwood. The speedway, celebrating its momentous 75th anniversary in 2021, will continue its legacy of rip-roaring open wheel and stock car racing this season and for future generations!