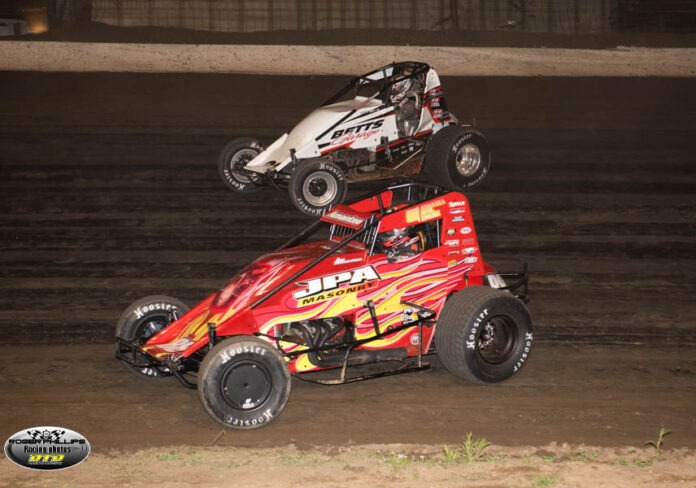 May 22 will also be Family Night with students ages 17 and under admitted FREE general admission. Track gates will open at 5 p.m.

The open wheel portion of the show will feature twin 20-lap features for the wingless 360 sprints and winged 305 sprints. The limited late models will make their third start of the season in a 20-lap feature, with the roadrunners going 12 laps in distance for the fourth time this year.

The USAC East Coast wingless 360 sprint cars made their debut at Selinsgrove last August, and will be featured three times this season at the track. The race last year, run in conjunction with the USAC Silver Crown Champ Car Series Bill Holland Classic, was won by Brady Bacon.

For the Apache Tree Service 305 sprint cars, the May 22 race will mark the second appearance of the season.  Justin Mills won the division’s April 10 race.

Over the Memorial Day weekend, the Renegade Monster Truck Show Tour will be in action Saturday, May 29 (sold out), with a second show recently added for Sunday, May 30 (tickets available on monstersinselinsgrove.com).

Selinsgrove Speedway’s grand motorsports tradition began July 20, 1946, when Bill Holland of Philadelphia won the first race. Since that historic day, Holland went on to win the 1949 Indy 500, and many of motorsports most famous drivers have turned laps at the iconic half-mile dirt track designed by legendary Hollywood stuntman and race car driver Joie Chitwood. The speedway, celebrating its momentous 75th anniversary in 2021, will continue its legacy of rip-roaring open wheel and stock car racing this season and for future generations!