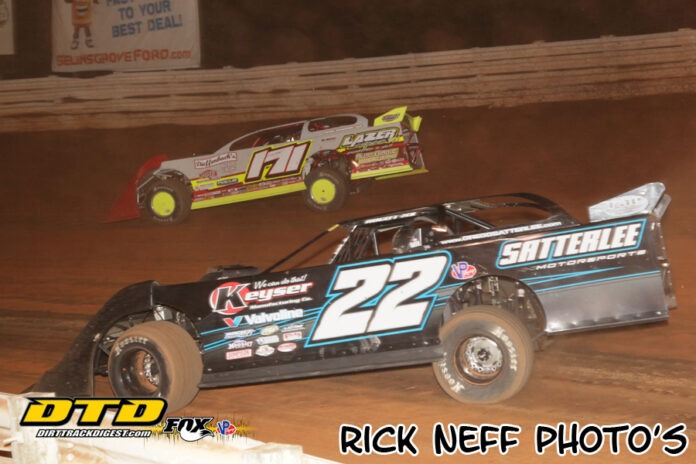 The Late Model Open was originally scheduled on June 19 with the World of Outlaws Late Model Series but was rained out. The race has been rescheduled on Aug. 14 as a non-sanctioned event. Time trials and heat races will be the qualifying format.

Pit gates will open at 4 p.m. with grandstand gates at 5 p.m.

13-time champion Rine is currently tied with Dylan Yoder of Middleburg for the Jeff’s Auto Body points lead for the super late models.

In the Apache Tree Service 305 sprint cars, the Aug. 14 race will be the division’s sixth of the year at the track. Garrett Bard of Wells Tannery, the current points leader, is a three-time winner along with one-time winners Justin Mills of Bloomingburg, N.Y., and Nick Sweigart of Myerstown.

In limited late model competition, Devin Hart of Port Royal leads the division in the point standings with three feature wins. Andrew Yoder of Middleburg is the only other winner with two checkered flags.

The A&A Auto Stores roadrunners will compete in their tenth race of the season with three-time winner and two-time defending champion Jake Jones of Hunlock Creek leading the standings. Keith Bissinger of Orangeville is on top of the division’s win list with four victories. Single roadrunner wins have gone to Adam Campbell of Danville and Brad Mitch of McClure.

The Lelands.com 410 sprint cars will make their next appearance at Selinsgrove Speedway on Saturday, Aug. 28, in the 41st annual Jack Gunn Memorial plus limited late models and roadrunners. 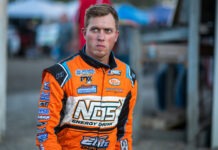