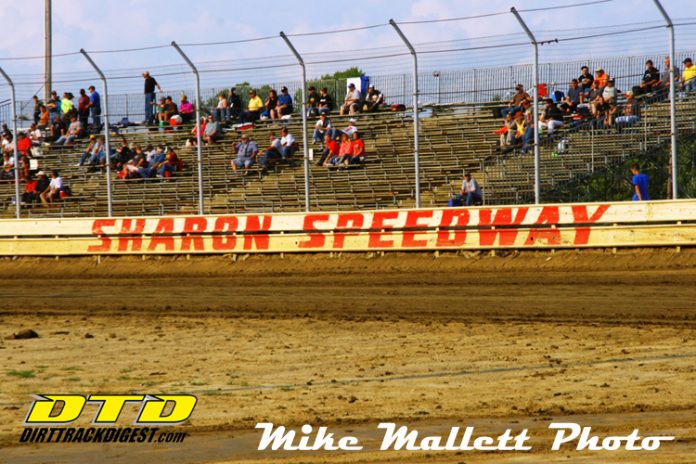 The Big-Block Modifieds have been a staple at the speedway since it went to dirt in 1981 and have been the track’s headlining division since 2011. Hovis Auto & Truck Supply is back once again as the divisional sponsor. Rex King, Jr. is coming off his second championship in the past three years; in fact, the Kings have won five of the last seven track championships including the last three! The elder King is the division’s top active winner with 51 victories. Other top active winners (wins in parentheses) that will look to add to their win totals this season include Jim Weller, Jr. (35), Kevin Bolland (22), King, Jr. (20), Jim Rasey (19), Brian Swartzlander (14), Rob Kristyak (11), Dave Murdick (9), Jimmy Weller III (5), and Rick Richner (3).

The baby brother to the Big-Block Modifieds are the RUSH Sportsman Modifieds as HTMA/Precise Racing Products moves over to present the division. The RUSH Sportsman Mods are identical looking to the big blocks, but utilize GM 602 crate engines on RUSH 91 pump gas, sealed, spec Bilstein Shocks, and steel wheels. The RUSH Sportsman Modifieds will enter their fourth season competing at Sharon and third as a weekly division. Greg Martin was the inaugural 2015 champion, while Brandon Ritchey is the defending champion. Martin is the division’s all-time leading winner with 11 victories over Rocky Kugel’s 6. Kugel topped a 24-car field last Friday night at Lernerville Speedway in the division’s first race of 2017. Car counts have grown each year and that’s expected to continue in 2017. Last year, the average car count was nearly 23 per night.


The Stock Car counts have been up in recent years and the count should be strong again in 2017 as Sharon is now the only track in the immediate area running the class weekly on Saturday nights. Gibson Insurance Agency continues their run as the long-time divisional sponsor. Paul Davis ended Mike Clark’s run of three consecutive track championships last year with his first track championship in 37 years of trying! Steve D’Apolito is the division’s top active winner with 32 victories. Davis and Clark have really stacked up the wins in recent years as Davis has 21 and Clark 17.

The Summit Racing Equipment Econo Mods got their season started on April 21 with the Lucas Oil Late Models in a non-point event that was won by Brandon Blackshear. The victory for Blackshear was his all-time leading and milestone 20th career win. Blackshear hasn’t won a track title though since 2012; in fact, the only driver with multiple championships in the division’s seven-year history is Jeremy Double with two. Steve Haefke is the defending champion. The Austintown, Ohio veteran failed to finish the feature at the opener ending a string of 17 straight top two finishes dating back to the 2015 season.

Due to last Saturday’s rain out, the Mini Stocks have been added on to this Saturday night’s event. Not only will it be a complete program, but will also include the September 16, 2016 “Apple Festival Nationals” $500 to-win make-up feature. The field is set with no new cars being permitted to run. Three-time champion, Bill Fuchs, leads the all-time win list with 28 victories. Defending champion, Steve Walker II, has five victories. Ironically, prior to last season’s four wins, Walker, had failed to win a feature since his 2010 championship season.

Rounding out the program are the Junior Sprints for children that compete at several different speedways throughout western Pennsylvania and Ohio. The Junior Sprints made their first ever appearance on night one of the “Apple Festival Nationals” last September and it was third-generation driver Mike Lutz, Jr. scoring the win.

Pits open at 4 p.m. with grandstands at 5 and racing at 7. Grandstand admission is $10 for those 14 and over. Patio seating upgrades are just $5 and fan suite seating upgrades are just $20 over the cost of general admission. In order to reserve either of these ahead of time, call the office Monday through Thursday from 10 a.m. to 2 p.m. at 330-772-5481. As always, children under 13, parking, and camping is always FREE! Pit passes are $30. Sharon has a no carry-in cooler policy.