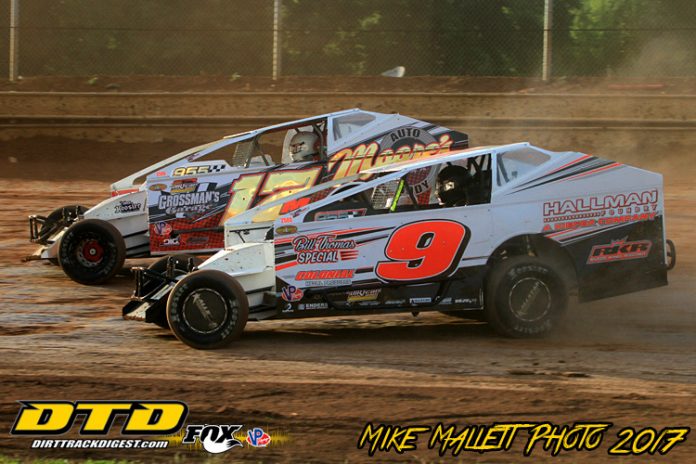 HARTFORD, OH – While the 2018 season is more than five months away with the Lucas Oil Late Model Dirt Series opener on April 20, Sharon Speedway management has been hard at work crafting an exciting new program to the premiere “410” Sprint Car and Big-Block Modified divisions. The 89th anniversary season will feature a new 12-race program titled the “Super Series”, which will include six events each for the “410” Sprint Cars ($3,000 to-win) and for the Big-Block Modifieds ($2,000 to-win) under the Mod Tour, Inc. banner.

Ever since the “410” Sprints ran weekly in 2010, Sharon has traditionally held Sprint shows as part of Ohio Speedweek and the “Lou Blaney Memorial”. In recent years, some non-sanctioned events were added, which proved successful. Last year, Danny Holtgraver and Sye Lynch won these events, while NASCAR’s Kyle Larson and Christopher Bell won the Ohio Speedweek and “Lou Blaney Memorial” shows respectively.

Meanwhile, the headlining Hovis Auto & Truck Supply Big-Block Modifieds will also have their share of special events in 2018. The ground-pounders will battle for increased purses six times as $2,000 will be on the line for their April 28 opener along with May 26, June 23, July 7 for the “Lou Blaney Memorial”, July 21, and August 25. After a year’s hiatus, the Mod Tour will return to Sharon and will sanction these events.

“We’re really looking forward to bringing these events to Sharon in 2018,” expressed General Manager Dave Willoughby. “The Sprint Cars have always been an important part of our program. The drivers and fans have really supported our events well in recent years so we’re excited to give them some additional higher paying events. Big-Block Modified racers have been clamoring for more higher paying races in the area so this will give them the opportunity to race for more money as well. Along with these events, we’re excited about Lucas Oil Late Models returning, three All Star Sprint events, the $10,000 to-win Penn-Ohio Stock event on June 16, and more for 2018.”