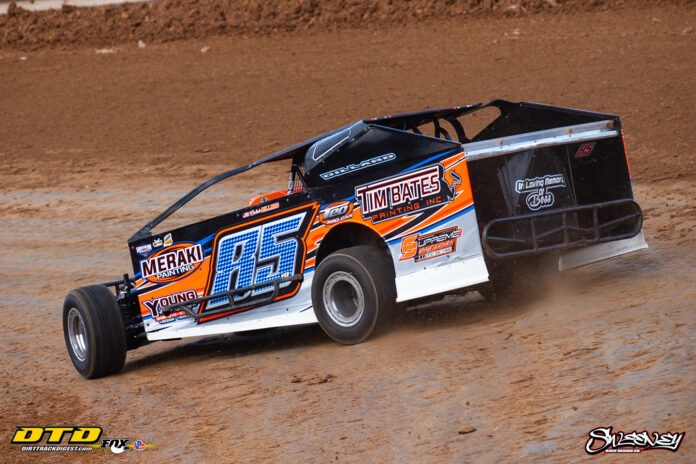 Last November, series promoter Brett Deyo struck a deal with the Southern Super Modified Series to rebrand the group to continue the growth of Northeastern-style big-block/small-block Modified racing in the region.

Less than a week away from the history making affair, competitors and officials alike prepare with anticipation.

Among those preparing is Robeline, La.’s Caleb Dillard.

“Our body is on its way down; we’ve got to get it hung and I’m going to put the wrap on it, but we’ll be ready for Saturday,” Dillard said with excitement.

Dillard is expected to be one of the heavy hitters in the maiden voyage for the STSS ‘Cajun Region.’ Dillard grew up in a racing family, which includes his older brother – Cade Dillard – a regular on the World of Outlaws Late Model Series and his father Greg Dillard, who also drives a Modified.

Caleb has even taken his older brother’s Late Model for a spin, but said of the Northeastern Modified: “these cars are the most fun to drive… I’m exactly where I want to be driving one of these racecars.”

Dillard will be driving Matt Sheppard’s 2020 Bicknell racecar that Chris and Tim Bates purchased at the end of last season.

“Every driver has their own feel for how they want the car to be. Sheppard’s setup will be a baseline for us, and we’ll tweak from there,” explained Dillard. “You can have a good car all race long, but it’s most important to have a good driver behind the wheel.”

Dillard and the rest of the Louisiana fleet are excited about the growth of the Northeast Modifieds in their area.

“This is going to be a good deal. I know there’s around five to 10 guys who are interested in racing with us and are just going to see how things go at the start of our season.”

Caleb has spent the last couple of seasons racing Pro-Mods, a division which features slick tires and narrower bodies than that of the Northeast Modifieds. Now Dillard and the rest of the STSS ‘Cajun Region’ set to debut themselves as a series this Saturday.

Pit admission is $35. Transponders are required for STSS Modifieds and rentals are available for $10.

Grandstand admission is $15. Kids 10 and under are FREE.

A reminder to race teams that have not filed a membership for the 2021 season: it can be turned in at Chatham this Saturday. The link follows: http://shorttracksuperseriescajun.com/?page_id=72

The ‘Cajun Region’ is designed to provide local Louisiana and Texas competitors local events throughout the season with a point fund in place thanks to a partnership with Day Motorsports of Tyler, Texas and American Racer Tires.

A ‘Cajun Region’ website is now live at www.shorttracksuperseriescajun.com with up-to-date information.