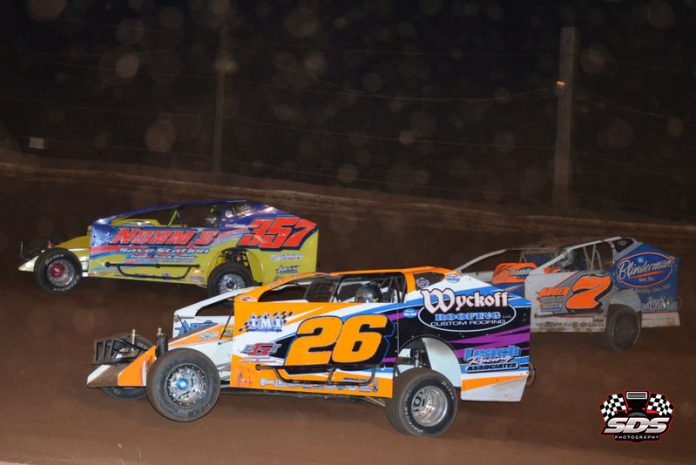 In what will be the lone modified race of the season on the red clay of Susquehanna, all of the top modified racers in the East are expected to be in competition chasing the big $10,000 payday that will await the winner of the 50-lap feature. While the event is super rich for the winner, tenth place will pay $1,000 with $400 just to start the main.

In the event’s debut at Susquehanna last season, Ryan Godown’s open small block modified scored the feature win in what produced some of the best racing of the season at the York Haven oval.


The event will be the fifth race of the Short Track Super Series Velocita-USA South Region series that will award its season-ending champion a cool $10,000.

The ServiceMaster Clean Central PA Legends are also on the July 30 racing card that will see the winner of the feature take home a $500 top prize.

Pits will open at 3PM with Grandstands opening at 4PM. Racing will begin at 7PM.

Fans can keep up with the latest results, news and announcements for Susquehanna Speedway by visiting www.susquehannaspeedway.net, as well as on Facebook and Twitter.