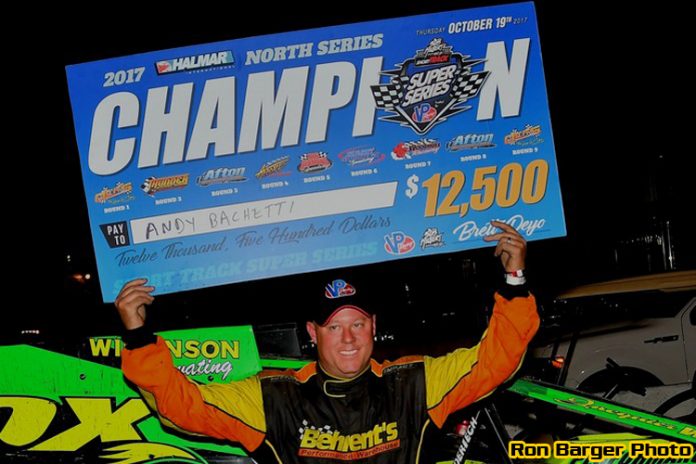 For the third time in his career, Sheffield, Mass., driver Andy Bachetti reigned supreme in the Halmar International North Region. He will receive $12,500 for his efforts.


Corey Cormier of Otisville, N.Y., emerged from a close battle to annex the STSS Sportsman title.

Special awards will also be distributed during the evening.

Tickets for the ‘Night of Champions’ are $45 and include the following: a dinner buffet with Classic Caesar salad or Mixed Greens; Flank Steak or Oven Roasted Chicken; starch and vegetable (Chef’s selection); dessert; coffee/tea/water.

There will be a cash bar available. Cocktail hour begins at 6 p.m.

Rooms are available at a reduced rate of $74 per night by calling 610.866.5800 and mentioning BD Motorsports Media LLC.

All teams must send a representative to receive point fund money and awards.