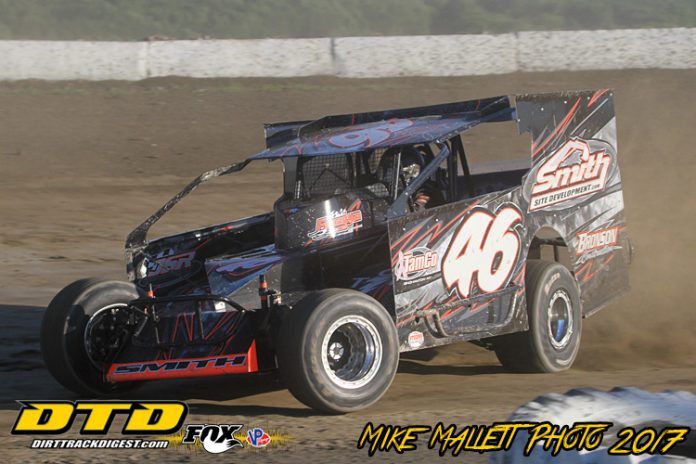 Owner/driver Jeremy Smith will again chase points on the Bob Hilbert Sportswear Short Track Super Series (STSS) Fueled By Sunoco. Look for the Triangle, N.Y., driver to compete on the STSS Halmar International North Region – where he finished third in points last year – and the Velocita-USA South Region with his No. 46 Bicknell.

On a weekly basis, Smith will make a change of Friday night venues. For ’18, he will call Afton (N.Y.) Motorsports Park home in the track’s Modified ranks. Last summer, he raced regularly at Brewerton (N.Y.) Speedway.

Once again, the speedway closest to Smith’s residence – Thunder Mountain Speedway in Center Lisle, N.Y. – will be his Saturday choice.

“We’re trying to improve our program on American Racers,” Smith said. “It might not seem like it, but I think switching tire brands on back-to-back nights hurt us some. We wanted to stick with the same tire on the weekends and support our local tracks at Afton and Thunder Mountain.”


The ‘home-track’ American Racer Cup presented by Sunoco is another reason for Smith to remain loyal to his local tracks.

“The American Racer Cup pays very well for doing what you already do – race every weekend at your home track,” Smith said. “We’re hoping to make a run for that money and maybe some of that bonus money.”

“There’s a lot of money on the line this year,” Smith said. “We’re doing our best to prepare for it.”

Once again, Smith will provide Billy Decker with equipment to compete on the Short Track Super Series. The Sidney, N.Y., driver has a pair of JSR No. 91 Bicknell cars at his disposal.

“Billy is definitely going to run with us on the series again,” Smith said. “It was a big asset to our team having him around. He brings a lot of knowledge and is an all-around great guy.”

Smith said Decker could appear at some STSS South events in ’18. Last year, he focused on the North Region finishing fourth in points.

Smith will pick and choose other higher-paying events throughout the summer months and plans to kick his year off racing in Florida at Volusia Speedway Park. 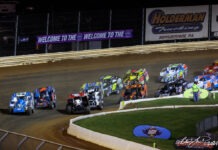