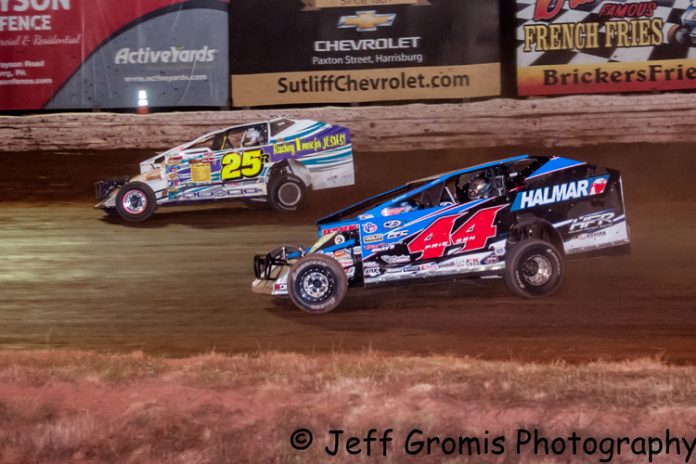 It all goes down this Sunday (July 29) at the revitalized BAPS Motor Speedway, when the big-block/small-block Modifieds make their only 2018 appearance in Newberrytown.

Sunoco Race Fuels and Insinger Performance present the York County Nationals, headlined by a 50-lap battle of the Bob Hilbert Sportswear Short Track Super Series (STSS) Fueled By Sunoco in the fourth race of the season for the Velocita-USA South Region.


There will be a talented field aiming for 10k on Sunday.

After three STSS South Region events, “Super” Matt Sheppard leads the point standings in search of a $10,000 championship for the Hurlock, Md.-based Hurlock Auto & Speed team. Sheppard is always a favorite when big money is on the line.

Stewart Friesen may be known as ‘Mr. Freeze’ but the Canadian turned resident of Sprakers, N.Y., has been on fire recently, winning big events with relative ease. Friesen will compete at Pocono (Pa.) Raceway Saturday in NASCAR Camping World Truck Series action before heading to BAPS Sunday night.

Ryan Watt is a two-time South Region STSS champion and always circles the BAPS event on his calendar. Watt won the season opener at Georgetown (Del.) Speedway and joins Jeff Strunk at Bridgeport (N.J.) Speedway as the other winners in South competition this year besides Sheppard, who won most recently at Delaware International Speedway in Delmar, Del., on Memorial Day weekend.

With $10,000 on the line, there are sure to be some surprises in waiting when BAPS opens for business Sunday.

A rain date for this event is earmarked for Sunday, August 19.