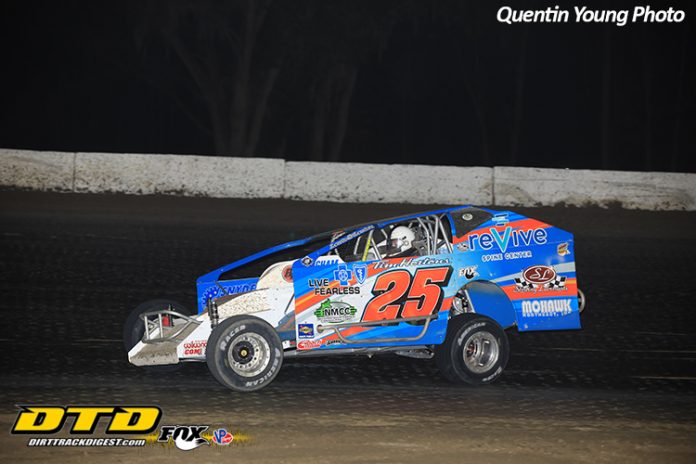 OCALA, FL – After a rousing turnout in the Sunshine State last February, officials of the Bob Hilbert Sportswear Short Track Super Series (STSS) Fueled By Sunoco have finalized plans for the 2021 edition of the ‘Sunshine Swing’ to be held at an all-new location.

The NFL ‘Super Bowl’ being held in Tampa Bay has shuffled the deck for Florida racing through Speedweeks. With the Lucas Oil Late Model Dirt Series dates adjusted at All-Tech Raceway in Lake City, Fla., the Short Track Super Series became a “free agent” for 2021.

BD Motorsports Media LLC, the parent company of the Short Track Super Series, has forged an agreement with the Bubba Raceway Park promotional team of Bubba Clem, Tom Bean and Ken Snyder to lease the Ocala facility for the ‘Sunshine Swing’ mini-series.

The STSS Modifieds and Crate 602 Sportsman will take part in the Florida tour.

“First off, we would like to thank Wendell (Durrance), Joe Kelly and the All-Tech Raceway management team and staff for their support last year,” STSS organizer Brett Deyo said. “We hope to get back to visit their facility in 2022 and completely understand the challenging schedule for February. With that said, we are thrilled to showcase our series at Bubba Raceway Park.

“The opportunity to take part in Florida Speedweeks at Bubba Raceway Park alongside the Lucas Oil Late Model Dirt Series, USAC Midgets and USAC Sprint Cars speaks volumes to the reputation our series has built nationally.”

Camping will be permitted on-site throughout the swing. Complete pricing, rules and times will be released in the coming weeks.

Bubba’s Raceway Park is a three-eighths-mile facility with a history of racing dating back to 1952 as both a pavement and dirt track. The speedway was converted back to a clay surface in 2008 and an overhaul was completed to include MUSCO lighting, a new sound system, modern restrooms, and a reworked pit area.

The speedway was resurfaced with 60 loads of clay in preparation for the upcoming Speedweek events.