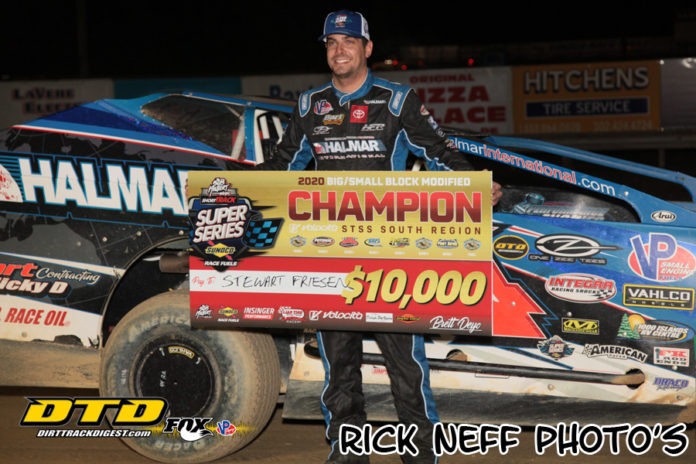 The Sprakers, N.Y., driver achieved the crown Saturday at Georgetown Speedway during the Mid-Atlantic Championship Weekend with a fourth-place finish in the 44-lap STSS Modified feature.

Friesen earned $10,000 for his efforts in the South Region presented by Velocita-USA, Design for Vision and Sunglass Central.

Friesen’s South Region season included three victories: at Georgetown in the March 7 Melvin L. Joseph Memorial, the Aug. 11 ‘Diamond State 50’ at Delaware International Speedway in Delmar, Del., and the ‘Blast at the Beach’ held at Georgetown on Aug. 25.


Teams are permitted one ‘drop’ race from any of the events leading up to Mid-Atlantic Championship Weekend. Friesen utilized the June 16 Big Diamond Speedway (Minersville, Pa.) ‘Anthracite Assault’ as his drop event after flipping early in the feature event at the Coal Region track. That was his only DNF – and only finish worse than seventh – over the South Region schedule.

Friesen’s STSS South Region earnings, prior to the point fund distribution, were a massive $55,011.

The driver of the Halmar International No. 44 completed a rare trifecta accomplished only once before in series history, sweeping the STSS North Region and South Region titles in addition to the ‘home-track’ American Racer Cup presented by Sunoco for his weekly efforts at Fonda (N.Y.) Speedway.

The total for all three titles – the American Racer Cup, abbreviated STSS North Region and the South Region – is $19,000 during the COVID-interrupted season.

After a runner-up finish at Georgetown Saturday, Milford, N.J.’s Billy Pauch Jr. settled for a $5,000 second-place finish in the South Region points, only 10 behind Friesen.

Pauch Jr. and the Rick Holsten team earned back-to-back wins at BAPS and Big Diamond during the summer stretch and had a trio of second-place finishes: at Georgetown in August and October and the Thursday night ‘Speed Showcase 40’ at Port Royal Speedway Oct. 15.

Complete point standings are posted on the STSS website at the following link: https://stss.racestatcentral.com/?IDseries=2&IDseason=2020

All STSS and American Racer Cup point fund checks will be distributed by mail in early December in lieu of an Awards Banquet due to evolving Coronavirus regulations on indoor events. 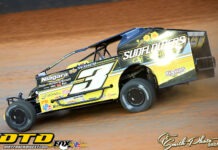 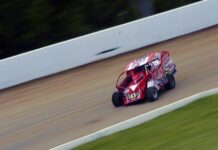