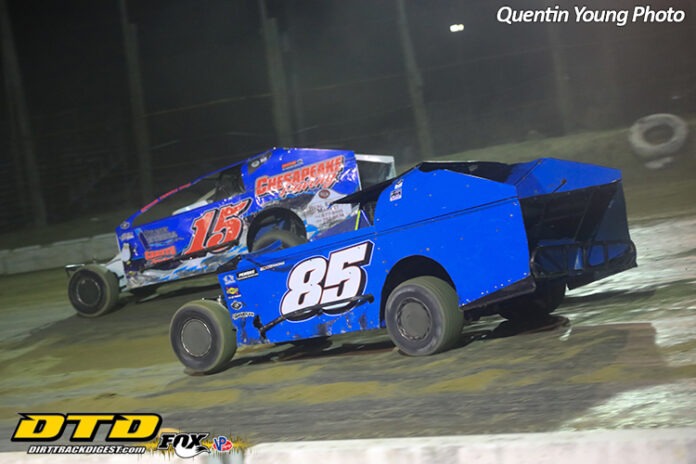 Hitchens, after going to the rear twice in Saturday’s 25-lap Mid-Atlantic Championship Weekend feature at Georgetown Speedway, rallied to finish seventh and earned 120 points. Hartman’s fourth-place finish and 135 points brought the difference from 16 points entering the finale to just one when the final Sunoco Race Fuels checkered flag flew.

Hitchens won the ‘Blast at the Beach’ at Georgetown in August and earned runner-up finishes in the March Georgetown opener, June 7 visit to Md.’s Potomac Speedway and the Aug. 11 Delaware International Speedway (Delmar, Del.) stop in his drive to the title.

He receives $1,500 for the championship.


Niskayuna, N.Y.’s Hartman won back-to-back races in June at Potomac and Big Diamond Speedway in Minersville, Pa., and placed no worse than sixth over the entire season with the Michael Parillo-fielded No. 22 team. Hartman receives $700 for second in the point standings.

In the six Crate 602 Sportsman South Region events, there were five different winners, with only Hartman winning more than once.

All STSS point fund checks will be distributed by mail in early December in lieu of an Awards Banquet due to evolving Coronavirus regulations on indoor events.