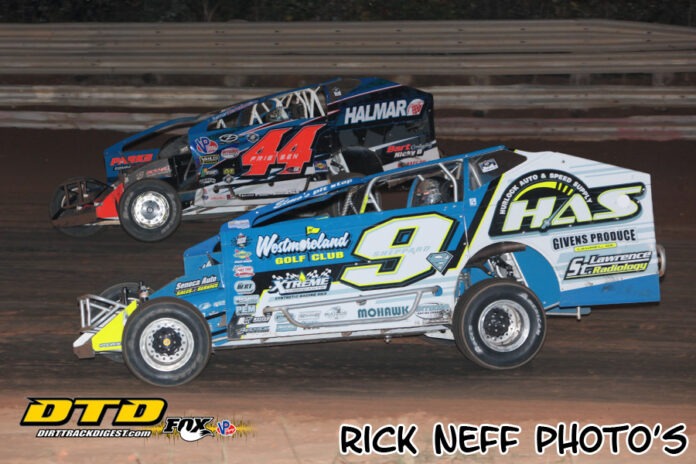 CHATHAM, LA – After winning the $20,000 Short Track Super Series Cajun Swing finale at Chatham Speedway, Matt Sheppard noted he nearly didn’t make the tow down south. However, three wins in three starts capped off by a wild battle and close finish with Stewart Friesen made the trip worth it. 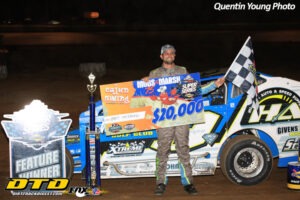 Sheppard led the opening stages of the 75-lap affair relatively uncontested, while Mike Gular, Jeff Strunk, and Friesen battled for third. Friesen first disposed of Strunk on lap 15, then Gular on lap 26, not entirely far behind Sheppard as the leaders darted through traffic. However, a lap 35 caution kicked off a battle ready to last the rest of the race.

With 50 laps in, Friesen was all over Sheppard and not letting up. Thick traffic kept life interesting for all, and the traffic allowed Sheppard to get some breathing room with five laps left. However, traffic hit again, and Friesen closed in quickly. On the last set of turns, Sheppard went high, but Friesen higher. The pair hit tires coming to the line, with Sheppard winning $20,000 over Friesen, Jack Lehner, Strunk, and Tyler Siri.

“Oh this one feels good,” Sheppard said. “These tracks down here are awesome, they’re so racy and wide. The groove changed at least ten times out there tonight, I had no idea where I wanted to be. Stew scared the crap out of me at the end of that one, I had no idea he was up there. When you’re racing against him, you got to be up on the wheel, and I knew it was going to be real interesting when the lapped cars got bottled up at the end.”

Entering turn three on the last lap, the winner was definitely uncertain. Friesen came out on the bottom end of that battle, ending his week with a third and pair of runner-up finishes.

“That was a tight one,” Friesen stated. “We got him, but he got us back there in traffic, at least we had the pace to stick with him and he didn’t drive away. It’s been a fun couple days down here, this place raced way better tonight than what we had in May, it was a ton of fun blasting the top.”

Following a lap one wreck, Lehner quietly worked to third and spent the late stages of the race all alone. Finishes of fifth, fourth, and now third meant a solid week for Lehner.

“I was definitely unsure as to whether that was going to be an enjoyable race after that lap one yellow,” said Lehner. “We had a great car and picked through pretty quickly. We’ve been consistent all week and slowly got better as the week went on, tonight was definitely the best we’ve been. I’m definitely happy with that one.”