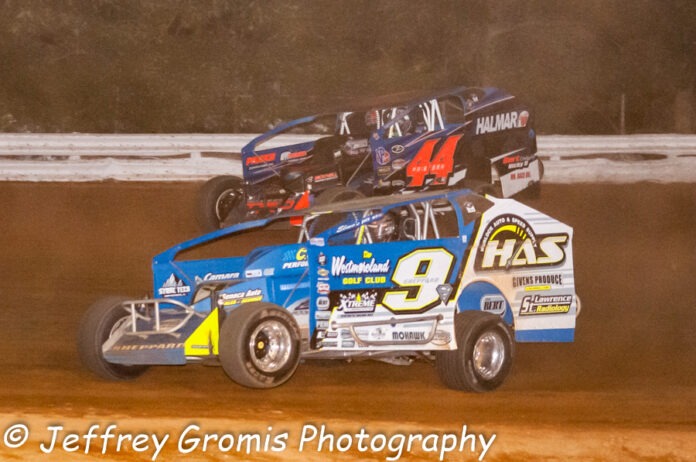 Entries have been pouring in for a week of “Sun, Fun & Speed” with more than $125,000 in purse money and bonuses on the line.

Savannah, N.Y., driver Matt Sheppard, the ‘Grand Champion’ of ’19 by winning the STSS North and South championships, is set to compete at the Bubba Raceway Park inaugural with the Hurlock Auto & Speed Supply No. 9s.

Andy Bachetti of Sheffield, Mass., is a three-time STSS champion. The ‘Wild Child’ picked up the ’14 championship in year No. 1 of the series, followed by subsequent North Region titles in ’16 and ’17. Bachetti plans the trek to the Sunshine State with the familiar No. 4.

In 2018, legendary Billy Decker of Sidney, N.Y., brought the STSS North Region championship home to Jeremy Smith Racing. Decker will be in Florida with the Smith Site Development No. 91 for the ‘Sunshine Swing’ events.

The first night of racing takes place on Wednesday, Jan. 27 with the STSS Modifieds racing 30 laps for a $4,000 top prize and Crate 602 Sportsman battling 25 laps with $1,700 up for grabs. This event is scheduled to be the 100th Modified race in Short Track Super Series history! Florida residents with ID will receive FREE grandstand admission on Wednesday during ‘Locals Night’ at the track!

Camping will be permitted on-site throughout the swing free of charge (no hook-ups).

Complete times and pricing have been posted on the STSS website: SunshineSwing2021TimesandPricing.pdf (shorttracksuperseries.com)

All other ‘Sunshine Swing’ info can be found under the ‘Event Info’ tab at www.shorttracksuperseries.com.

Bubba Raceway Park is a three-eighths-mile facility with a history of racing dating back to 1952 as both a pavement and dirt track. The speedway was converted back to a clay surface in 2008 and an overhaul was completed to include MUSCO lighting, a new sound system, modern restrooms, and a reworked pit area.

The speedway was resurfaced with 75 loads of clay in preparation for the upcoming Speedweek events.