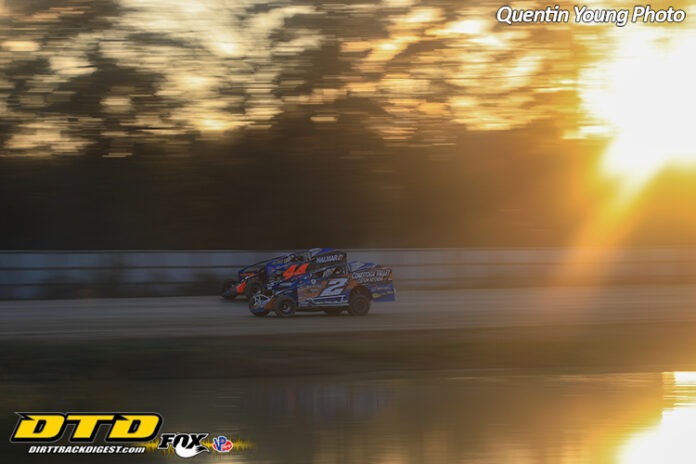 The deal brings over 50 Northeast big-block/small-block modified events to the 2021 broadcast schedule on FloRacing, the industry-leading grassroots motorsports digital-only platform. Fans of Deyo’s series and tracks will have access to every event broadcast — as well as all FloSports content and the many motorsports offerings on the FloRacing vertical — with a $150 annual subscription to FloRacing.

A part of the deal that all parties agreed as being integral was the inclusion of Dirt Track Digest TV, which has streamed STSS events on a pay-per-view basis in recent years and will continue to produce all the broadcasts for FloRacing.

Deyo’s Short Track Super Series headlines the latest addition to the FloRacing lineup. An ever-growing tour for big-block and small-block modifieds since its birth in 2014, the STSS is split into North and South regions that boast 11- and 10-race schedules, respectively, and separate points funds. The South region visits eight tracks in Delaware, New Jersey and Pennsylvania beginning with Georgetown’s March 12-13 Melvin L. Joseph Memorial Weekend while the North region races at 10 tracks in New York and Pennsylvania starting May 11 at Accord (N.Y.) Speedway.

Highlighting the STSS schedules are a pair of big-money fall weekends that rank as two of the Northeast’s richest big-block/small-block modified events: the North region’s $53,000-to-win Fonda 200 on Sept. 16-18 at the historic half-mile Fonda Speedway and the South region’s $50,000-to-win Speed Showcase 200 Weekend on Oct. 14-16 at Port Royal (Pa.) Speedway.

Also streaming on FloRacing will be all the weekly events Deyo promotes at Fonda and Georgetown. Fonda’s 2021 schedule headlines the big-block/small-block modified division for its regular Saturday-night shows and includes 21 race dates beginning with its season opener on April 17 while Georgetown, a sprawling half-mile oval near the Delaware and Maryland beaches, hosts a special-event schedule of 11 race dates spread over nine events from March through October.

All FloRacing broadcasts also include coverage of each race program’s support divisions, including the STSS’s companion North and South tours for the 602 Crate Sportsman class. Georgetown’s schedule includes events for the Super Late Model division on April 15 and during the Oct. 29-30 Mid-Atlantic Championship Weekend.

“Our partnership with FloRacing is a ‘win, win, win’ situation,” said Deyo, a Delaware resident who has become one of the Northeast’s busiest dirt-track promoters. “It’s a game-changer for our racers, tracks and sponsors, all of whom will benefit from the massive exposure and viewership FloRacing brings. The (broadcast) quality our viewers have become accustomed to will remain in place with the Dirt Track Digest TV team staying on board for production, but the big bonus for our fans is the annual subscription price of $150 for FloRacing that makes it very affordable to watch our events.”

About FloSports
Founded in 2006, FloSports is a venture-backed subscription video stream service dedicated to sports, offering live and on-demand access to hundreds of thousands of competition events across 25+ vertical sport categories in the US and abroad. FloSports vision is to give underserved sports the love they deserve. With a growing library of more than 300,000 hours of premium content including news, expert commentary, films, documentaries and more, FloSports has established itself as an innovator and leader in sports streaming. Finally, your sport has a home. For more information, please visit: flosports.tv.