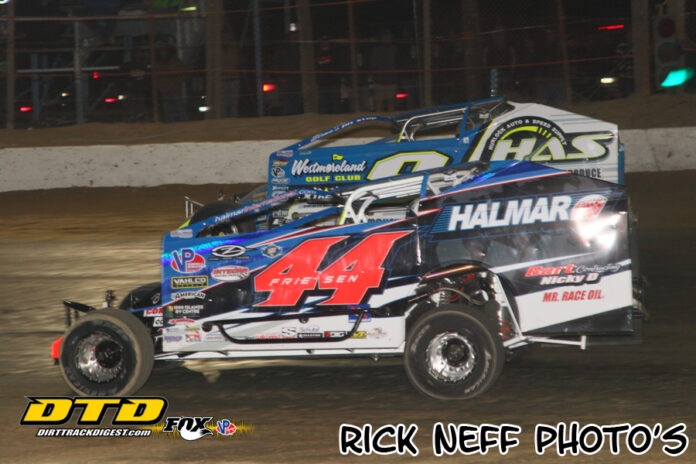 Stewart Friesen led the field to the green flag and quickly jumped out to the early lead with Mike Mahaney in tow while eventual race winner Matt Sheppard was mired back in traffic after starting the race in 19th. 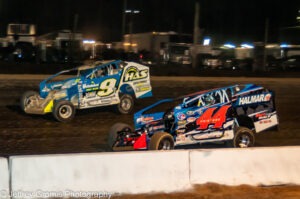 A mid race yellow brought the field back together and allowed Sheppard to make a move on the restart that saw him go from 6th to 3rd.  Once in the third position the 9s machine stalked then 2nd place runner Mike Mahaney, eventually moving by the 35 machine on the outside of the speedway.

From there, Sheppard started to reel in race leader Stewart Friesen.

The two battled side by side for a number of laps, with Sheppard taking the lead away from the 44 machine on two occasions, only to have the yellow flag fly and have his passes negated.


A late race restart saw Matt Sheppard get the jump on Friesen and lead the field down into turn 1.  That was all the 9s needed as never looked back from there, cruising to victory in the 49 lap main event.

“I can’t say enough about this car tonight; we started 19th and drove by the field. 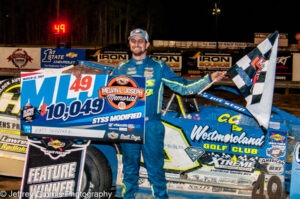 Anybody who beats Stewie right now definitely had a good night.  Those guys are on top of their game” said an excited Sheppard in victory lane.  “My car really seemed to work in the middle to the top better and a lot of the guys I raced with were better on the bottom and maybe that was the case with him (Friesen).”

Stewart Friesen capped off a solid weekend by finishing in the runner up spot, while Mike Mahaney completed his weekend with another podium finish coming in third.