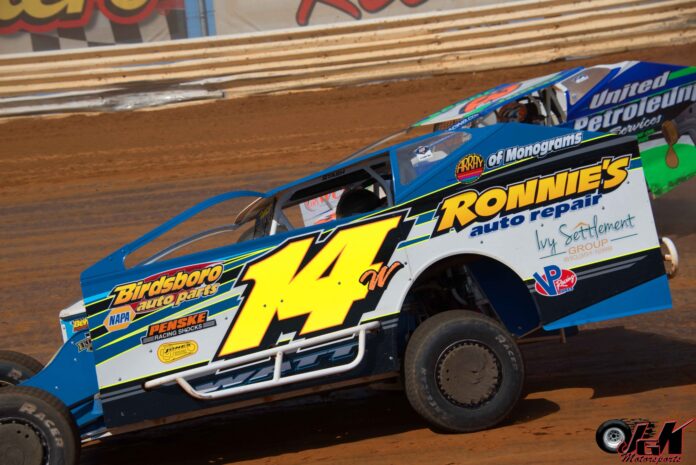 The Bob Hilbert Sportswear Short Track Super Series (STSS) Fueled By Sunoco 2021 Modified season has fired out of the gates in wild fashion.

The Taylor & Messick-sponsored ‘Sunshine Swing’ kicked things off in late January for the STSS with three winners in three nights at Bubba Raceway Park in Ocala, Fla.

The first two nights featured epic duels between Empire State residents Erick Rudolph and Stewart Friesen. The pair traded turns in Victory Lane and remained the only two winners in STSS history in Florida until the 2021 finale.

Despite Rudolph and Friesen both being major factors in the outcome of the race, Boyertown, Pa.’s Mike Gular outgunned them and a host of others to become the third winner in three nights in the Sunshine State.S

Fast forward to the sixth running of the ‘Melvin L. Joseph Memorial’ at Georgetown (Del.) Speedway in mid-March and the STSS found its fourth 2021 victor. This time, it was Savannah, N.Y.’s Matt Sheppard, wheeling from his 19th starting spot to best a stout 54-car field. The was his second-career Georgetown win and kicked off the Velocita-USA South Region presented by Design for Vision and Sunglass Central points chase.

A week later the STSS voyaged to Central Pennsylvania for a weekend in “Sprint Car Country.” More than 50 different competitors took their hand at the ‘PA Double Dip’ and once again the STSS saw two new winners in the ‘21 season.

Sheffield, Mass., driver Andy Bachetti’s 2021 had gotten off to a rotten start, but that all changed in the first STSS trip to Selinsgrove Speedway. Bachetti slipped by New York State driver J.R. Heffner to take the lead just past halfway and hold on for his first STSS win in nearly two years.

The very next day, the STSS returned to the site of Mat Williamson’s $53,000 triumph last year in the ‘Speed Showcase 200.’ This time, Port Royal Speedway hosted a 40-lap, $5,000-to-win event but it was still Williamson making a late-race pass to grab another win at the ‘Speed Palace.’

Up next, the STSS returns to the Cathell family’s Delaware International Speedway in Delmar, Del., on Tuesday, April 27 for another edition of the Hurlock Auto & Speed ‘Diamond State 50.’ The return to the Sussex County half-mile marks the seventh running of the event as part of the series schedule and the seventh Modified race in ‘21 for the STSS.